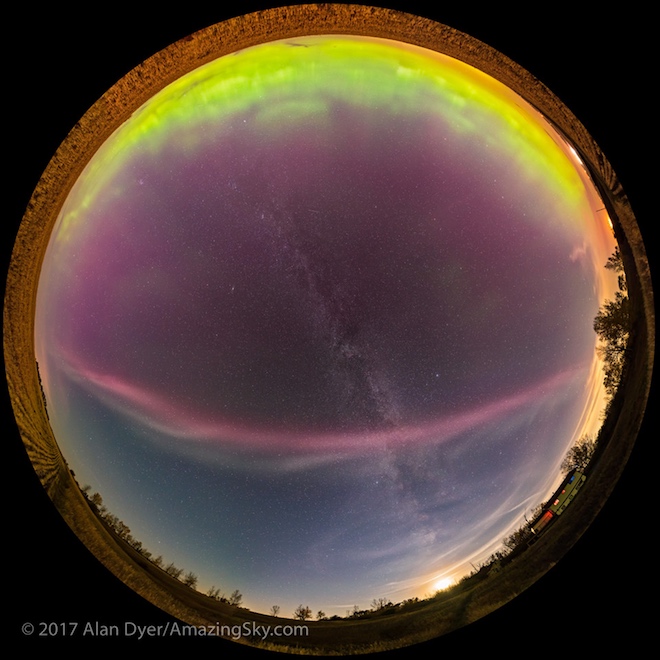 Familiar green and red lights illuminate the sky along the upper horizon of the panorama, received on September 27 with the help of the fish-eye lens. On this clear, quiet evening, the Milky Way ran through the zenith of the sky in the south of Alberta and ended in the southwest, where the “newborn” Moon was visible. But what is this pink arc that crosses the frame?

This heavenly phenomenon is known as “Steve”. For the first time it was recorded by the specialists of Alberta Aurora Chasers, who gave it the name. Sometimes “Steve” is mistakenly identified as a proton glow or a proton arc. It is probably associated with auroras, but appears closer to the equator. Satellites of the mission Swarm recently recorded that the thermal radiation of “Steve” comes from the gas flow, and not from the energy electrons. However, its origin is still shrouded in mystery.