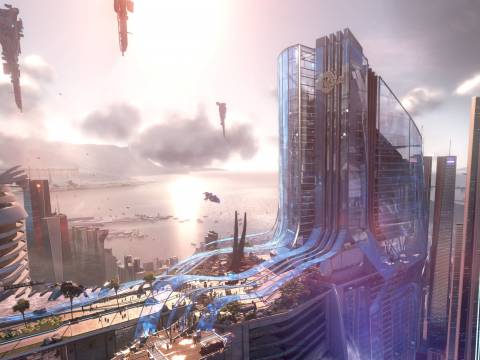 Sci-Fi film about a future where political disputes are settled not by wars, but through games.

2056. Two political superpowers are on the brink of war with each other. In order to settle major disputes, they choose one most suitable and promising candidate, defending the interests of their high-tech Corporation, which at that time had more influence than the entire state. However, in the future, such conflicts need not be resolved by bloodshed – for this is competitive gaming.