Noctilucent clouds over a forest glade in Denmark 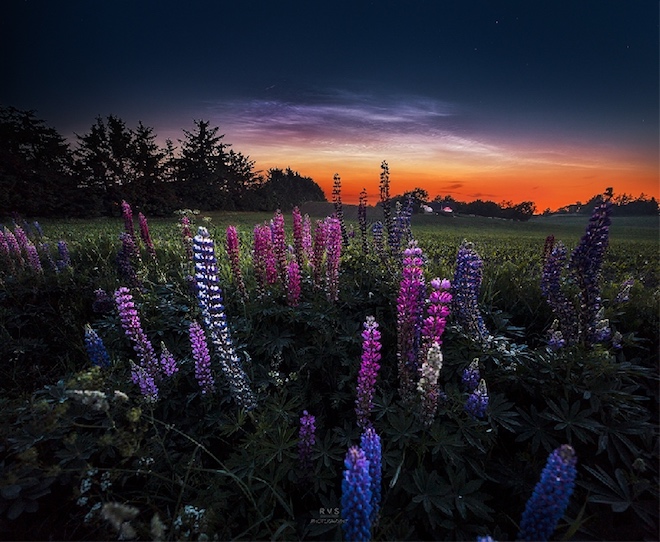 NASA’s AIM satellite already observes noctilucent clouds above the Arctic Circle – which means that the season of noctilucent clouds is open. Now they are admiring observers around the globe – in England, Scotland, Norway, Northern Ireland and Denmark.

Photographer Ruslan Merzlyakov, who took this picture in the region of North Jutland in Denmark on June 3, noted that he was struck by their brightness compared to their first appearance just 3 days before.

Proceeding from the generally accepted theory, noctilucent clouds are formed when summer streams of water vapor rise to the upper layers of the Earth’s atmosphere and crystallize around meteor smoke. As a result, tiny ice crystals glow blue when they are exposed to sunlight, reports Spaceweather.com. Previous AIM data showed that the silvery clouds are like a large “geophysical light bulb” – they “turn on” every year at the end of spring, reaching almost full intensity within 5-10 days.