North Carolina suffers from an invasion of frogs and toads 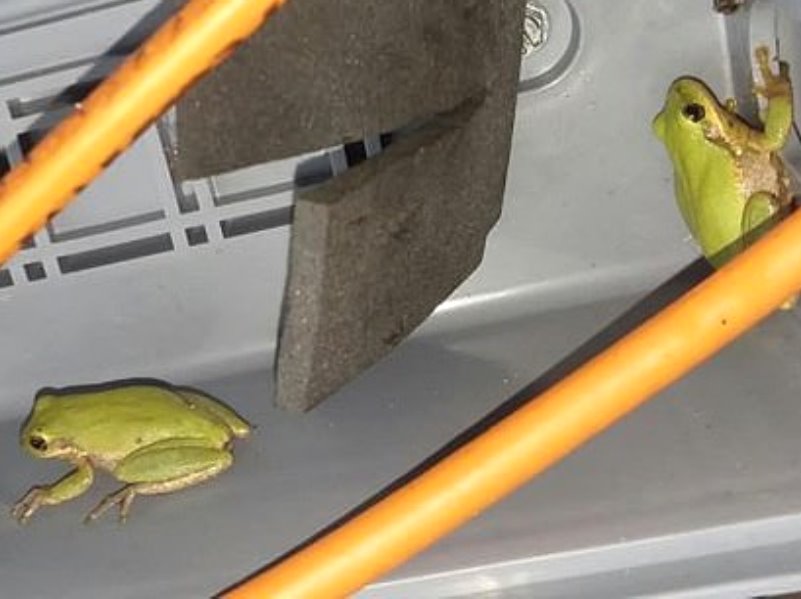 In addition to precipitation from heaven, unexpected objects or animals sometimes “pour out” onto the earth. The rains are fish, arachnids, wormy … And it happens that people just frogs fall on their heads. Residents of the US state of North Carolina suffer from the invasion of tens of thousands of amphibians, literally falling on their heads. They also invade kitchens and baths, climb into cars and stick on their surfaces, get stuck on balconies and sliding doors … and even jump in beds. Netizens write that they first experienced a rainstorm, then a hurricane, and now they are overcome by frogs, the Daily Mail reports. In evidence on the Internet is placed a lot of photos.


Biologists commented on the situation as follows. The first wave of toad baby boom came in June – July, when there were anomalously heavy rains. The second wave of the appearance of “annoying beasts” was provoked by the active hurricane “Florence”. In the numerous puddles formed, the animals made love nests, and now, when the tadpoles have grown up, tens of thousands of small frogs are looking for access to a dry surface from the flooded territories. Therefore, they climb into places that usually do not even move. Sometimes it turns out to be quite high above the ground, they are not held there and dozens of people are showered on the head of poor people, putting them in a stressful state (although they are not dangerous, but still these collisions are very unpleasant). A strong wind only aggravates the situation.

Biologists warn that residents will have to coexist with amphibians until the water from flooding caused by the hurricane completely disappears. In fact, there are real rains from frogs, and it is not uncommon on the planet. For example, they fell from the sky in Serbia in 2005, in Japan in 2009, in Croatia – in 2010.