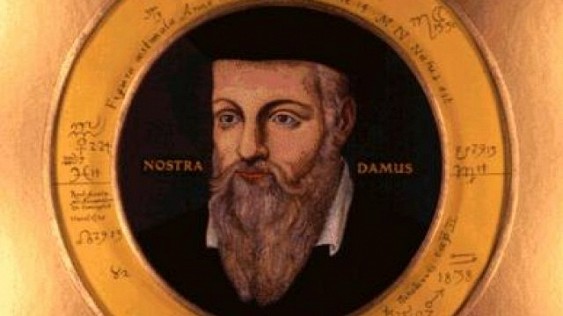 Many began to discuss predictions of the legendary French astrologer Nostradamus with approach of one of the main holidays of winter on the fact that waits for mankind in 2017.

According to data of their open sources, Nostradamus foretold that a certain ugly baby whose birth will be to mark approach of dark times will be born. Darkness will come from the East – people in turbans will launch the Third world war which will concern many large states – including, Russia. However, according to Nostradamus, in 2017 war will end.

Besides the spilled rivers of blood, fight will have also other consequences – in particular, test of a new type of chemical weapon will lead to a serious skin illness. People will move to the north. Then, according to a prediction, Russia will become “a civilization cradle” – the survived European population will be settled in Siberia.

The mankind also will suffer from natural cataclysms: at the beginning of a year the heavy rains which will flood the European countries will expect to fall. The Czech Republic, Hungary and Great Britain will lose a part of the territories – they will disappear under water.

As Nostradamus believed, in 2017 global problems and settlement of the conflict Russia will be engaged in the decision. However there will be a threat of emergence of war with the USA.

Also famous scientist connects 2017 with rise in world economy – on its prophecy, it will be bound to improvement of methods of accumulation of solar energy.

Michel de Nostrdam (Nostradamus) is the French astrologer, the doctor, the druggist and the alchemist who most of all became famous for the prophecies lived in the 16th century.