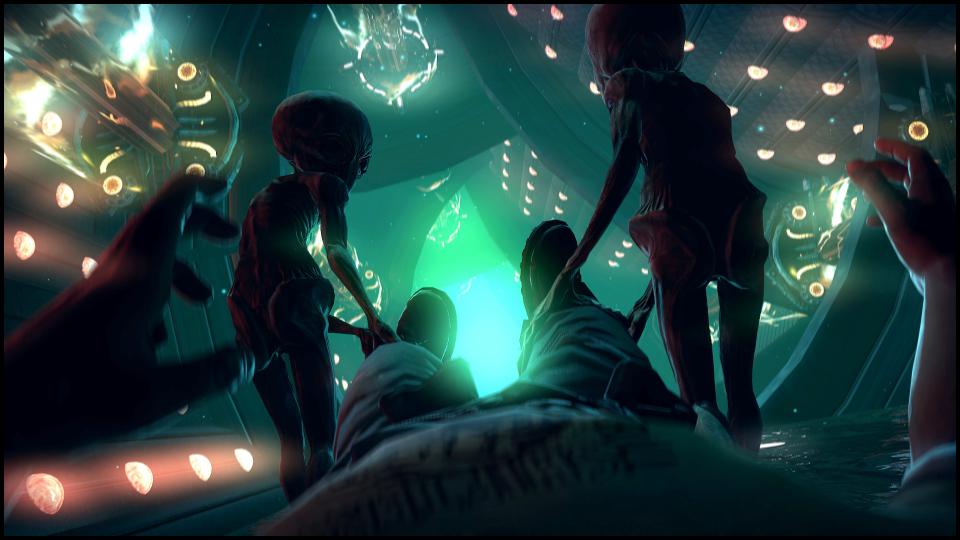 There is a fairly large “basket” in which many eyewitness testimonies about some types of aliens are thrown out. Why? They are considered “too supernatural”, “too unlike” or “too small in number.”

Small gray humanoids have become sufficiently well known in the media and created a collective image of aliens. Why did they want to embarrass the public with other types? It’s bewildering, for example, that the two-meter-long lizard likes to have intimate relations with our women. Therefore, such messages are also thrown into the trash. 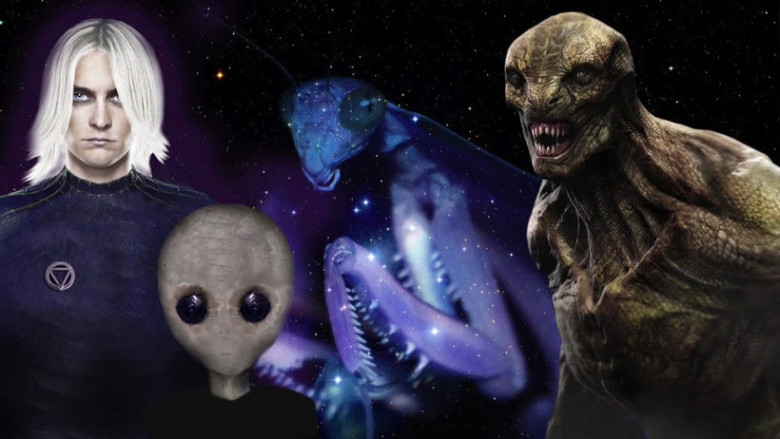 The main races of aliens on Earth, judging by the stories of the victims: Nordic, insect-like, lizard-like (reptiles) and large-eyed gray (Grace). Most of the reports about the grays and their image mostly appear in TV shows and films about aliens.

In foreign ufologists, in particular D. Carpenter, there is in the file cabinet the testimony of a woman about the fact that she had a connection with a small gray alien, with a reptile and a tall blonde, although she never read or heard about the last two types of aliens.

Details of her story and drawings made a great impression on ufologist Jenny Randels from England. Jenny said that these descriptions coincide with the description and behavior of a tall blond in abductions in England. And often they were tall blondes, not small gray ones.

Here is their description: High blondes, or, in another way, Nordics (nordics): height 1.8-2.4 meters, well developed, muscular, shoulder-length, light, straight, thin, very beautiful face. The constitution is correct, as in the model. The image of action is paternal, cautious, protective, kind.

The effect of sensation: warmth, a sense of delight from the presence of force. Eyes blue, kind, loving, not cold. The facial expression is pleasant, smiling, cheerful. Clothes of a human type, fitting. Conversation – telepathically. It seems to be a psychologist, intelligent, omniscient.

Usually it is not accepted that aliens are like movie heroes, and psychologically it is difficult to prove that this is not the fruit of dreams of a beautiful, good defender against the background of a bored marriage and numerous everyday problems. There are also opinions that these are meetings with “guardian angels”, and not with aliens.

Since this type was seen on board UFOs along with small gray ones, some researchers consider them to be either hybrids or holographic images serving to distract attention, reassure, inspire confidence.

It can be assumed that tall blondes may be running small gray ones and that the gray ones may be computerized anthropomorphic robots, or organic robots, or (what the devil does not joke) subordinate race of “workers”.

In a well-known case abroad with the abduction of Travis Walton, a tall blond man behaved as the chief among the little gray ones. In the records of Leonard Stringfield on the broken flying saucers, the body of a nl-naut is said to be two meters tall, with human features, with long blond hair up to the shoulders. Whoever they are, they were present during the abductions recorded in different countries.

How pleasant the tall blondes seem to be, the aliens in the form of reptiles are so rude and aggressive. It’s hard to imagine a lizard two meters tall slipping into your bedroom.

D. Carpenter collected a dossier for ten such cases, although few people heard of this type of aliens. But their description coincides in all cases. So, reptiles: a growth of 1.8 – 2.4 meters, always in a straight position. They are similar to lizards with smooth skin. Color – from greenish to brownish. Hands – or rather, a four-fingered paw with brown membranes.

The face is something between the human and the serpentine. On the head from the top to the mouth is a comb. On the chest are visible outer ribs. The eyes are like a cat’s, golden in color, with a vertical pupil. The effect of sensation is repulsive, grotesque, disgusting.

Manners: rough. Behavior: explodes and rapes. There is a fixation of the physical effect in the form of photographs of claw prints. About the communication of records in the reports there.

In one of D. Carpenter’s cases, the woman shamefully says that she experienced incredible sexual pleasure when she saw him (the lizard) repulsive appearance. Two months later another woman from the same city reported the same invasion of the reptile and the same sensation.

In this case, people do not see any UFOs; There is no communication such as conversation. The script is usually the same in all cases. But researchers do not like to talk about them. It is difficult to imagine a raptor having intimacy with a woman, but, to a surprise, this takes place and requires more openness in research.

And, finally, there is also an insect-like type of aliens, similar to grasshoppers or mantises, which, according to D. Carpenter and Linda Hove, apparently can act as an overseer.