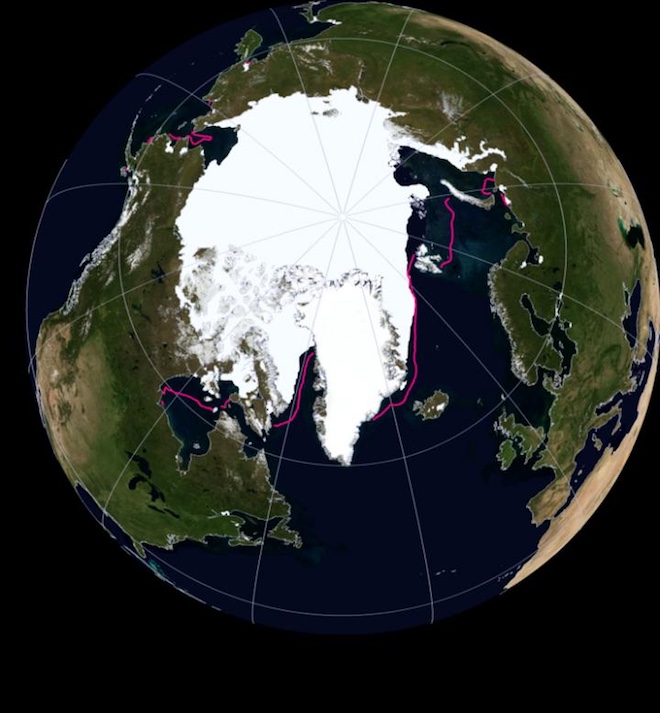 Extraordinary high temperature of air and the ocean became the reason of record-breaking low level of the Arctic sea ice in November. Researchers from the National data center for snow and ice operating at Colorado State University in Bouldere have reported about it.

In the southern hemisphere the level of the Antarctic sea ice has also reached record-breaking low point in November. According to scientists, it is connected with moderately high temperature in the region and bystry shift of subpolar winds.
The head of the center Mark Serrez emphasizes that in this case “the threefold effect” — excessively warm ocean has worked, unusually high temperature of atmospheric air and constant warm winds from the South, transfers the Phys portal.

Having studied pictures from satellites, scientists from National data center for snow and ice has told have declared that the recorded decrease in the area of an ice covering in the Arctic is unprecedented for November. Before retreat of ices on 14 thousand square kilometers was observed in 2013.

The Center has also reported that November became the seventh month 2016 with record-breaking low indicators for all 38-year history of satellite observation of a condition of sea ice on poles.
At the same time it should be noted that now the Arctic sea ice still is at early stages of a winter freeze-up therefore in the next months the area of an ice covering on poles will continue to be expanded. This process will reach the maximum approximately in March of the next year.

According to the Center, in the territory from the northeast of Greenland to Spitsbergen and Severnaya Zemlya air temperature at the level of 925 gp (height about 800 meters above sea level) was 10 degrees higher than a long-term average monthly value of 1981-2010. Temperature of a surface of the sea in the Barents and Karsky seas in November also remained unusually high, is up to 4 degrees higher than an average at Novaya Zemlya and Spitsbergen that didn’t allow to be created to ices in this area. Such high temperature rates, according to experts, reflect a picture of the winds blowing from the South and besides this other pushing ice to the north, reducing the area of an ice covering.

Along with it in the southern hemisphere sea ice at Antarctica was very quickly reduced at the beginning of a month, having reached record-breaking low level. The average area of an ice covering in November has made 14,54 million square kilometers that on 1,81 million square kilometers below average during the period from 1981 to 2010. Moreover, this more than twice beats records previous, recorded in November, 1986. 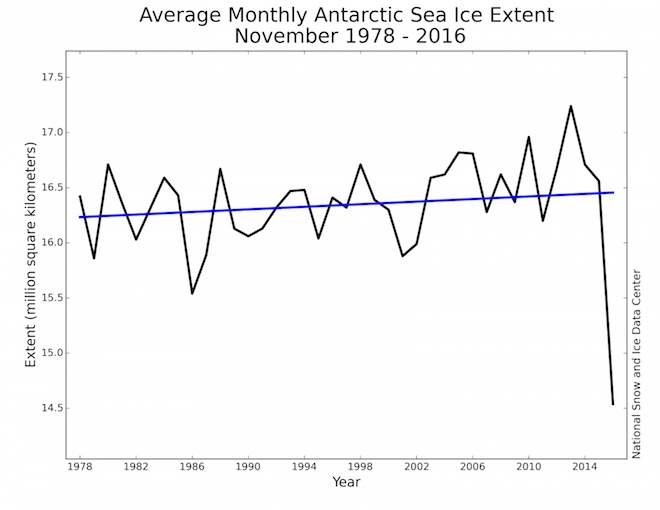 Amounts of ice in Antarctic in November by years, mln sq.km.

Scientists also consider the reasons of record-breaking low level of a sea ice covering in Antarctic warm weather and bystry change of the Antarctic subpolar winds. 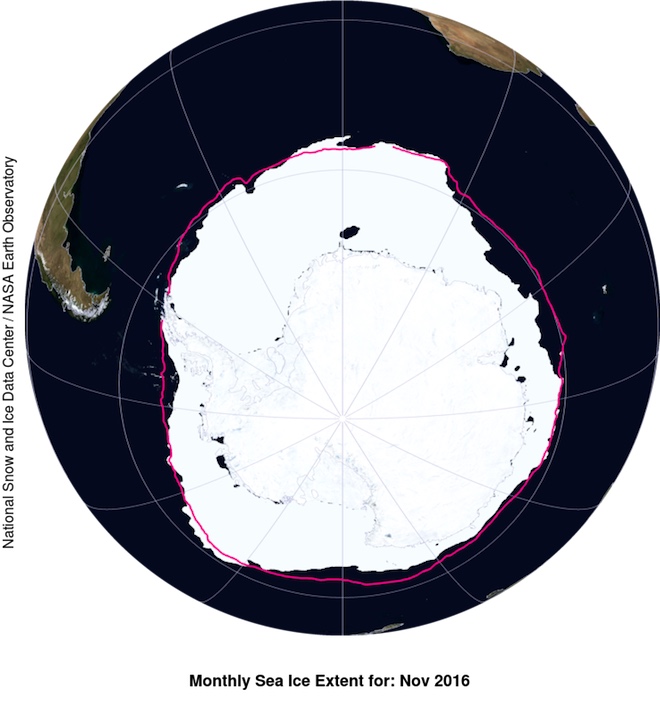 Air temperature near Antarctica in November was on average by 2–4 degrees (Celsius) above an average, and strong western winds promoted crushing of sea ice in Antarctic and its concentration around Wilkes Land, Queen Maud land, Enderby Land and Antarctic Peninsula. Besides, several very large new ice-holes in east part of the Weddell Sea and along the coast of the Amundsen Sea and the Ross Sea have been recorded.