On the beach of New Zealand they found a jelly monster 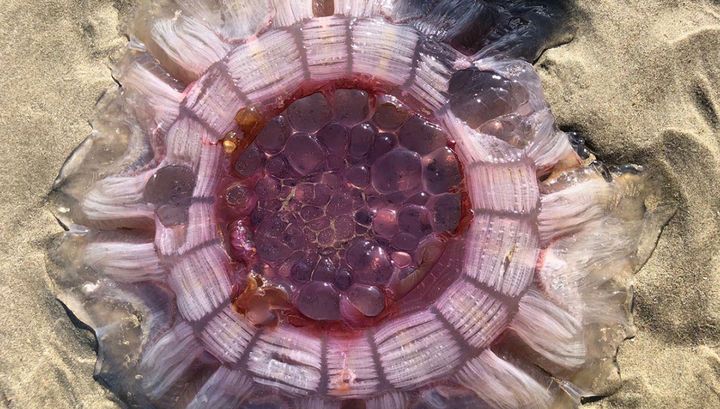 A family from New Zealand’s Oakland found a huge creature on one of the local beaches, reminiscent of a biscuit with jelly and a volcano. As soon as people approached the eerie creature, it began to run away from them, according to Yahoo7 News.

“Monster” was found by Adam Dickinson, his wife and two children while walking along the beach of Pakiri, which is located north of Auckland. According to the head of the family, before them lay something that looked like a “pile of contracting muscles.”

Dickinson noted that he had never seen anything like it before. Just in case, the man told the children not to touch the creature. However, out of curiosity New Zealanders still decided to touch the creation with a stick. Sensing the touch, the “monster” continued to crawl.

Employees of the New Zealand Institute of Water and Atmospheric Research said that the family of dickinsons faced a giant jellyfish, a hairy cyanide.

The first time this sea inhabitant was caught in 1870. The diameter of such jellyfish can reach two and a half meters, and the length of the tentacles is 36 meters. Medusa can harm people with its poisonous sting. However, in this case, a fatal outcome is unlikely. Most likely, the victim of the meeting with the “jelly bridge” is waiting for burns and acute allergies.