On the coast of New Zealand, 32 grinds 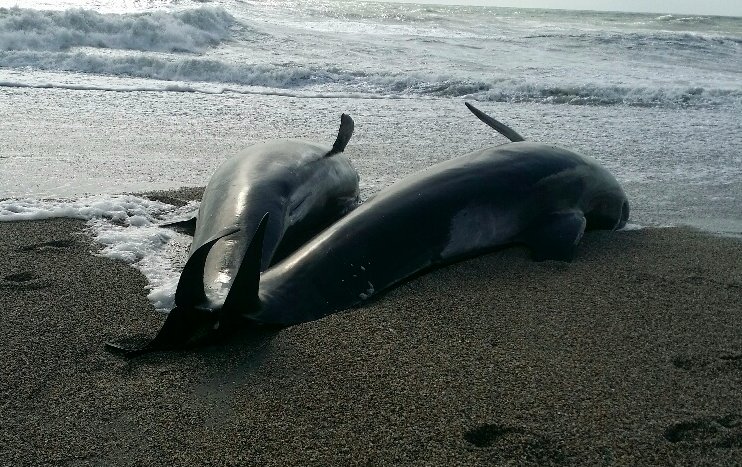 On the coast of New Zealand, 32 grinds flew out. Twenty-four black dolphins had already passed away.

Marine mammals threw themselves on the shore of the New Zealand island of South in a deserted area, and therefore they were noticed rather late. Assistance to the grindams arrived only 12 hours after they were on land.

To transfer the surviving black dolphins back to the sea is not yet possible – the strong wind and stormy waves interfere. The length of the animals is 4-8 meters, the average weight of the grind is about 800 kg.

Unfortunately, such suicidal behavior in grind is quite common. So, in late March, 150 black dolphins jumped on the coast of Australia. Not a single animal could survive.