On the Faroe Islands kill dolphins for fun 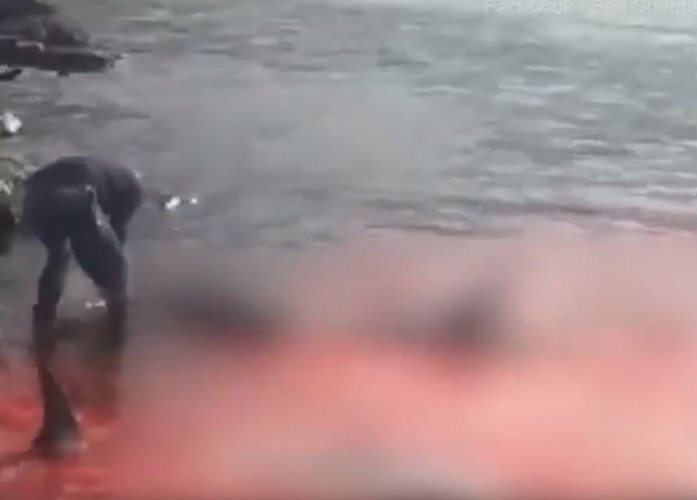 On the Faroe Islands (part of the Kingdom of Denmark), fishermen killed about a hundred white and black dolphins. On the video drew attention to the publication of the Daily Mail.

The video was shot on September 11 in the village of Khvalvik on the island of Streimoy by the charitable organization Sea Shepherd, which is engaged in the protection of marine animals. The laws of the region do not prohibit the killing of animals, but they order it to be used as a special tool, so as not to cause the victims unnecessary suffering. On the same video, anglers use ordinary knives.

Each summer in the Faroe Islands, about 800 white and black dolphins are killed. This hunting was the eleventh in a row this season. The fishermen with a laugh stabbed the dolphins, which made the water instantly red.

Zooists are against the killing of animals, considering it a cruel practice. The local government claims that it is necessary to provide food for all 18 islands of the archipelago, on which there are few fertile fields.

“Whaling is an integral part of the life of the Faroe Islands and is essential for the survival of local residents. To get any meat, you have to kill animals. Undoubtedly, for people who have not seen hunting and slaughter, it will seem like a bloody spectacle, “a government spokesman told journalists. He noted that hunting is carefully regulated.

The Faroe Islands are the only place on the planet where commercial hunting for Atlantic white-boned dolphins and black dolphins (grind) is conducted. Most of the Faroese consider the fishing of grind an important part of their culture and history.