On Yamal deer in large quantities perish for hunger 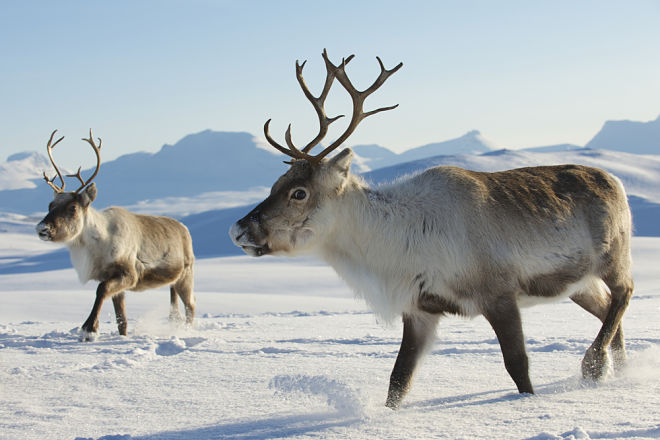 Eighty thousand reindeers have died on the Yamal Peninsula over the last 10 years. According to official figures, the Russian population of these valuable animals was reduced by 20% since 1990.

The case of deer terrifying the scales has happened in November, 2013 on Yamal. Because of hunger 61 thousand artiodactyl have died. In 2006 because of deficiency of food 20 thousand unfortunate deer have died.

Why deer starve? Scientists consider that in mass death of horned animals climate change is guilty. In 2006 and 2013 weather on Yamal was extremely unstable. Because of jumps of temperature and constant rains on snow the dense ice crust was formed. To punch so thick ice a hoof to deer not in power therefore they can’t get lichens, the remains of a grass and mosses. Thousands of deer haven’t waited for arrival of heat and have starved.

Scientists are sure that hunger will claim the lives still of many reindeers. On Yamal even more often it is raining that will lead to formation of an impenetrable crust in the winter.