Over a million penguins on the coast of Argentina 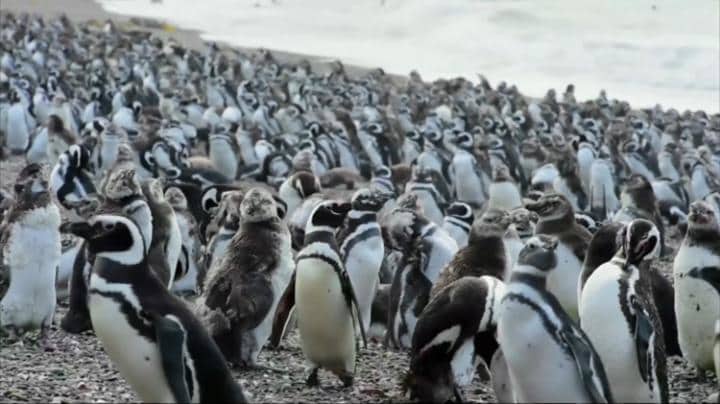 The Argentine Peninsula of Punta tombo is currently experiencing an unprecedented influx of birds waterfowl tourists: more than a million penguins arrived on the coast to feast on the abundance of fry.

According to local authorities, a number of Magellanic penguins (lat. Spheniscus magellanicus) — a record in recent years. Probably the fact that in areas of small coastal Islands favorable conditions for spawning of marine fish such as sardines and anchovies. Food-rich water and has attracted the attention of birds.

As a rule, the southern coast of Chile and Argentina penguins visit in the early autumn, where they will remain until you grow young. From March to September, they headed North, reaching the South-West of Brazil.

The growth of adult Magellanic penguins can be up to 80 cm. Externally, can be recognized by their symmetrical white lines on the neck and head, and pink stains around the eyes.