Pandas rejoice in the first snow 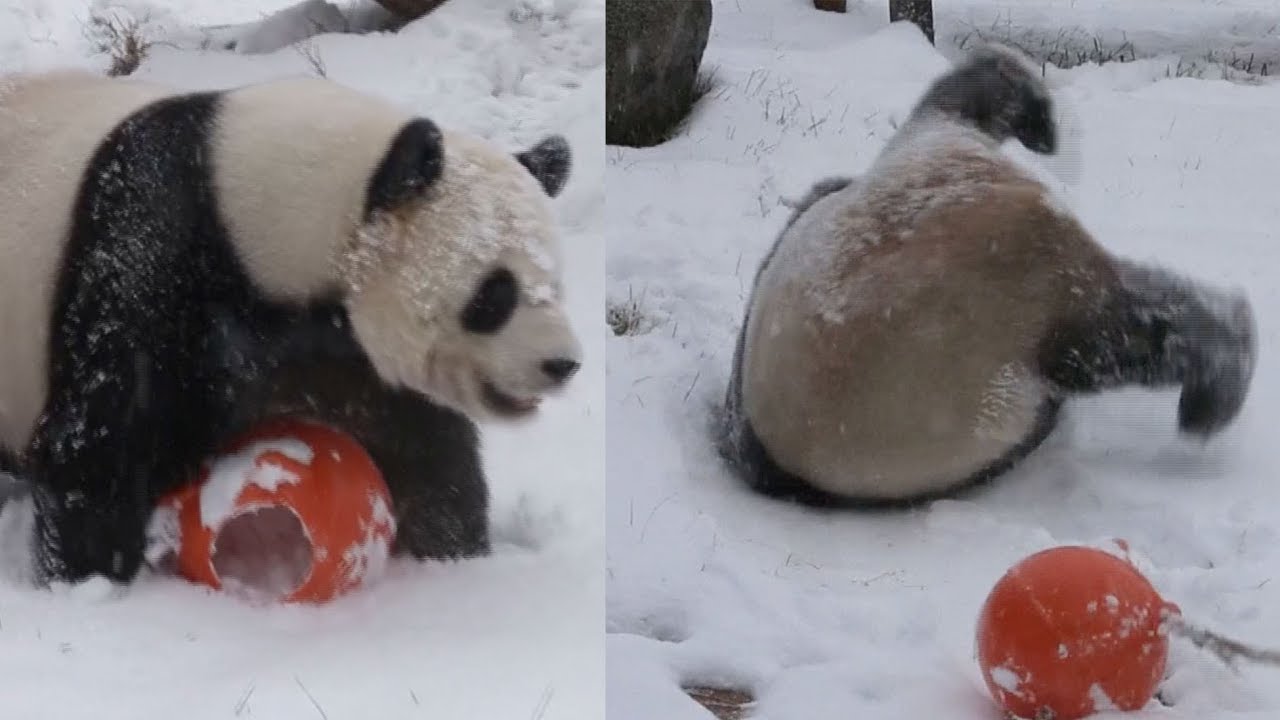 In the northeast of China, vacationers were able to videotape how pandas rejoice in the first snow. Big black and white bears are playing with the ball, tumbling, gnawing bamboo. According to the authors of the video, the recording was made in the pavilion near the ski resort Yabuli (located 200 kilometers east of Harbin).

In the province of Heilongjiang, pandas Xijia and Yu came from the south of the PRC, where snow is a rarity. The cubs were very excited. After intense precipitation, the thickness of the snow cover in the pavilion was 20 centimeters.

As previously written, “Rossiyskaya Gazeta”, in the reserves in the south-west of China, tourists were forbidden to take pictures with pandas. The fine is one thousand yuan (about $ 150). Such measures were taken in connection with the increasing incidence of human contact with animals. The latter can catch the infection.