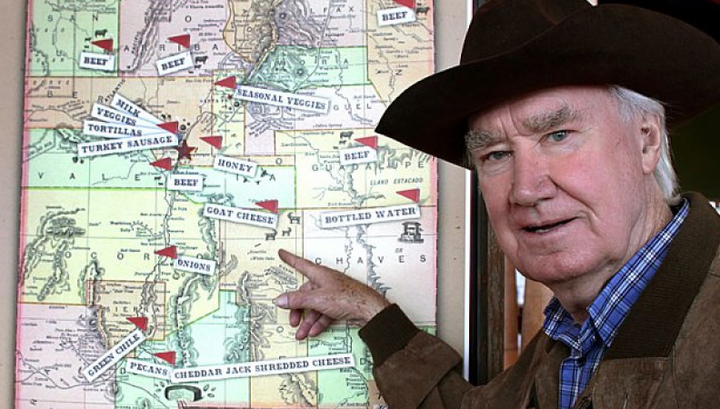 The eccentric American millionaire Forrest Fenn in the mid-1990s hid in the mountains of the huge Yellowstone Reserve a chest with 10 million dollars. Thousands of people have since been seeking the treasure of an 87-year-old man. Four of them died. The last one – in the summer of 2017.

The former art dealer, collector and Vietnam veteran Forest Fenn decided to leave a bright mark in history after more than a quarter of a century ago he was diagnosed with cancer. The illness seemed incurable to the businessman, but after a while the doctors declared that Fenn was healthy. However, learning about this, the American did not run to dig his treasure.

In 2010 Forest Fenn published an autobiographical book “The Thrill of the Chase”, which contains tips on finding treasure. Fenn wrote that a 20-kilogram chest with art, antiques and other valuables is buried somewhere in the Rocky Mountains north of Santa Fe. It should be noted that the length of this ridge is 4.8 thousand kilometers, and the area is almost 100 thousand square kilometers.

The book of the millionaire contains nine clues on the location of the treasure. Thousands of people are engaged in search of clues – there are many online communities devoted to this topic. In 2017, journalists said that four of the nine keys were already found.

While the location of the treasure, it is known that it is at an altitude of more than two thousand meters above sea level; It should not be looked for in cemeteries and ruined buildings, nor should it be sought in the states of Idaho and Utah. The millionaire himself claims that it is impossible to stumble upon his treasure.

According to the millionaire, to stumble on the chest by accident, without having solved all the clues, it is impossible.

Fenn argues that the treasure is hidden in a safe place, but encourages adventurers to take supplies of supplies, as well as GPS-navigators. These tips, unfortunately, did not save several brave souls from destruction.

Since 2016, during the hunt for the treasure of Fenn, four people died. Relatives of the deceased demanded that the millionaire announce the closure of the project, but he only laughed. According to Fenn, people who are afraid of drowning should learn how to swim, rather than demand to close swimming pools and beaches around the world.

Fenn says that he is ready for the fact that the treasure will not be found during his lifetime. “Then I’ll take his secret to the grave,” says an elderly businessman.