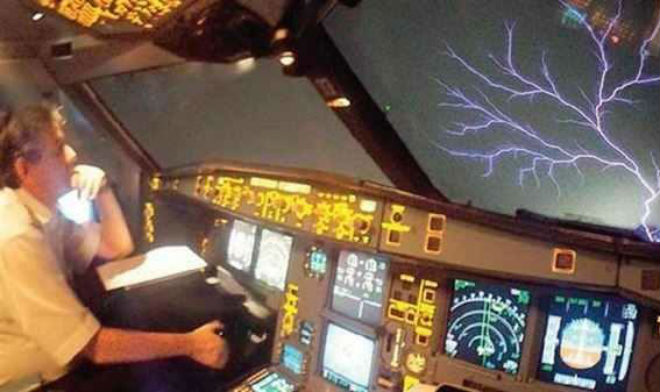 Pilots of Turkish Airlines during the flight from Abu Dhabi to Istanbul recorded on board the aircraft a rare atmospheric phenomenon, known as the “Lights of St. Elm”, hitting the storm clouds at an altitude of 40,000 feet.

The incident occurred on an Airbus 330 aircraft, which flew from Abu Dhabi (United Arab Emirates). Flickering glow around the aircraft captured on the video and placed on social networks pilot Emre Chyngar.