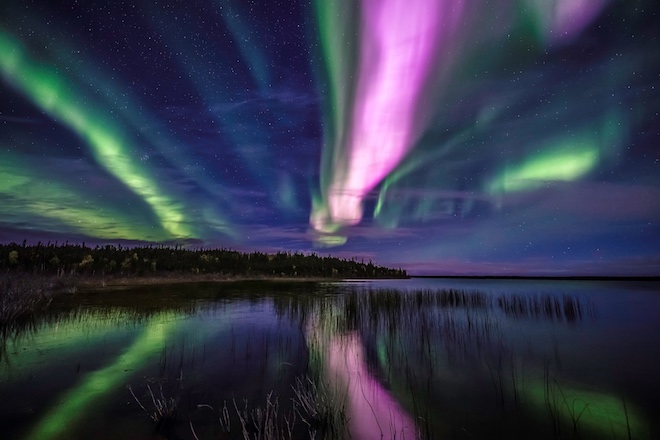 On September 14, the solar wind flow reached the Earth’s magnetic field. When its speed exceeded 600 km / s, a bright pink strip appeared over Yellowknife in Canada. Martin Male made this mesmerizing shot, noting that the pink color hit him.

Autumn equinox is the time of appearance of cracks in the Earth’s magnetic field. Perhaps because of them the solar wind penetrated beyond the usual. If this is so, in the near future we will be able to admire a large number of pink (“nitrogen”) auroras. Before the equinox, there is less than a week left, and a new stream of solar wind approaches the Earth.