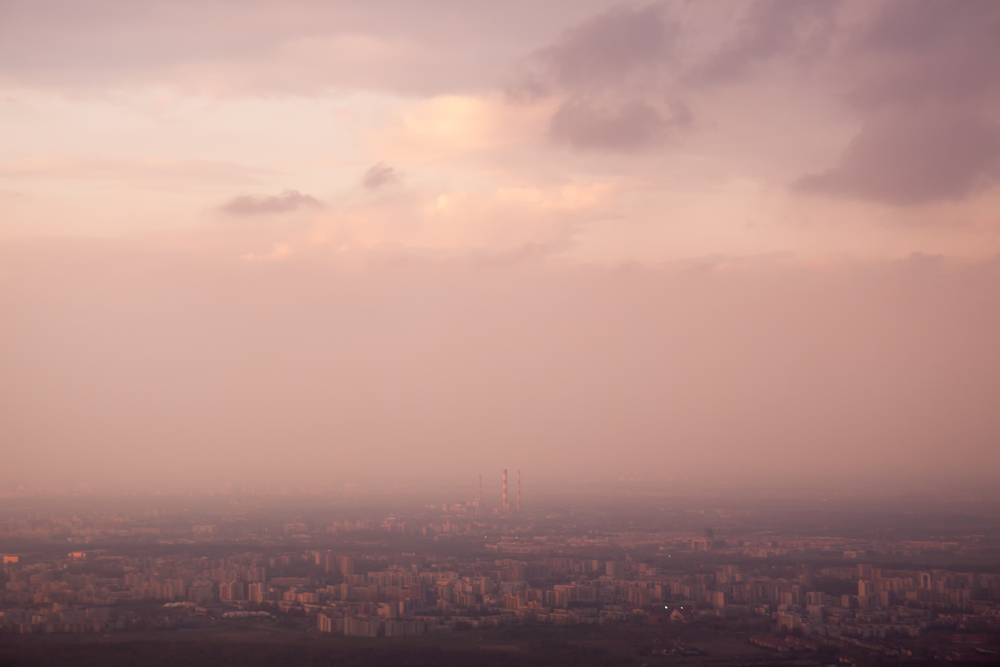 The strip of high atmospheric pressure, covering the countries of Eastern Europe, contributed to the increase of night frosts. On the territory of Lithuania, Latvia and Estonia, the temperature dropped to -20 ° and below. In the morning, in conditions of quiet and cloudless weather, fogs formed, the visibility in which was reduced to 400 meters in places.

The combined weather conditions contributed to the accumulation of harmful impurities in the surface layer of the atmosphere, and, in particular, Poland was covered by a strong smog. On the streets of Warsaw and Krakow, there is a smell of burning. Some people prefer to move around the streets wearing masks. The most threatening situation is observed in the Silesian, Małopolska and Mazowieckie voivodeships, local meteorologists report.

It should be noted that in Poland the problem of smog is exacerbated every year, as with the onset of cold weather, many private homes in the country are heated by coal. Many coal-fired power plants also work on coal.