Published a rare video of sparring Bruce Lee with a student 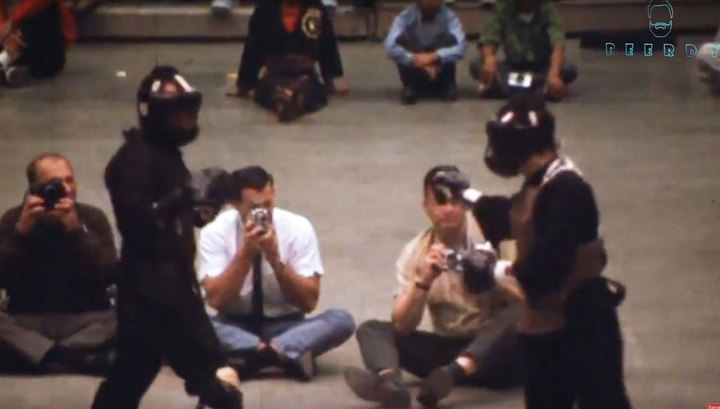 The web has a rare video that captures the real sparring of the famous actor and master of kung fu Bruce Lee. This is not a staged one, but a real fight. The footage was shot in the sixties.

Bruce Lee is fighting with Ted Wong, one of his best students. The soldiers, captured in the video, are dressed in protective suits – without this it was forbidden to fight.

Bruce Lee was born in China in 1940, May 13, between 6 and 8 o’clock in the morning – according to the Chinese calendar, in the year of the Dragon and at the hour of the Dragon. At first, he studied dance, but then gave himself to the art of kung fu. He created his own style of kung fu – jiggundo – and made a huge contribution to the popularization of martial arts, making films.

His strokes were so fast that the cameras, which shot at 24 frames per second, did not have time to capture them.