Python became a victim of his lunch 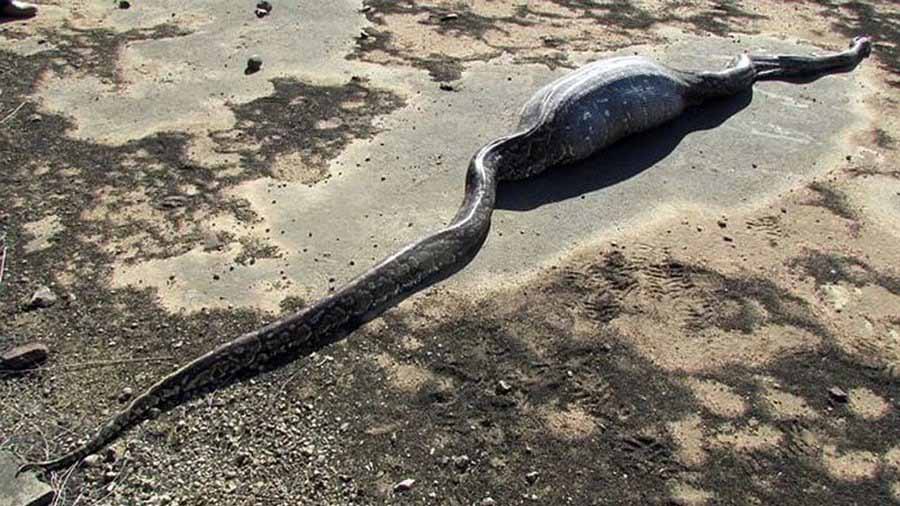 It is known that giant snakes swallow their prey whole, and many of them are able to dine quite large mammals. But that poor man was not lucky — he was chosen as the extraction is not the most edible thing that was the cause of his death. 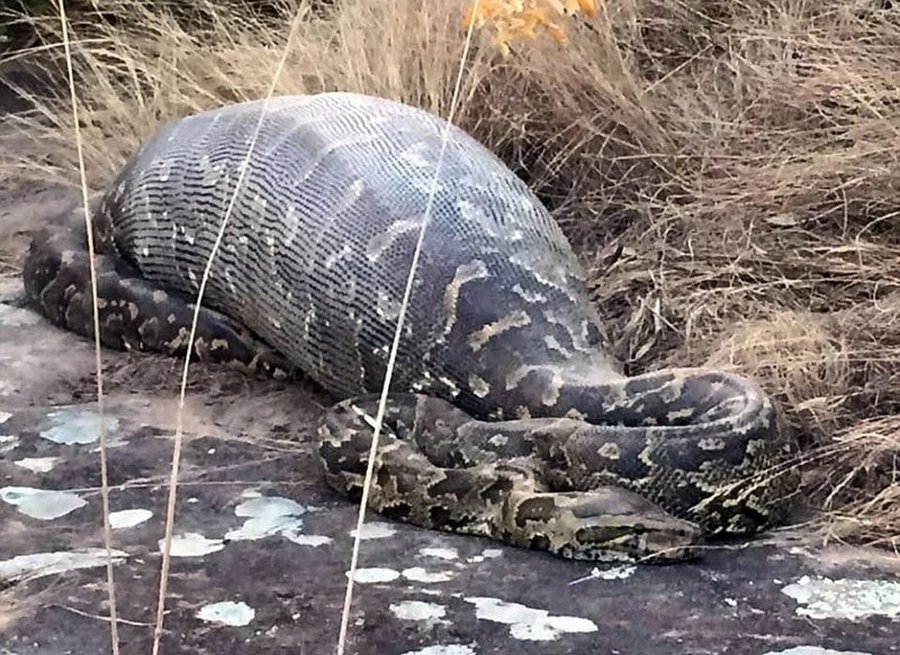 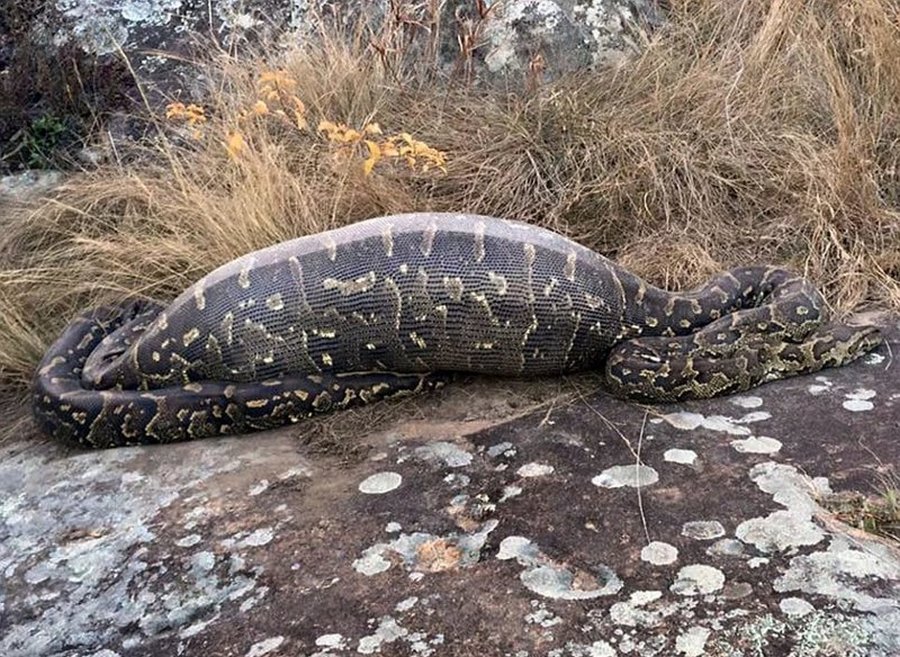 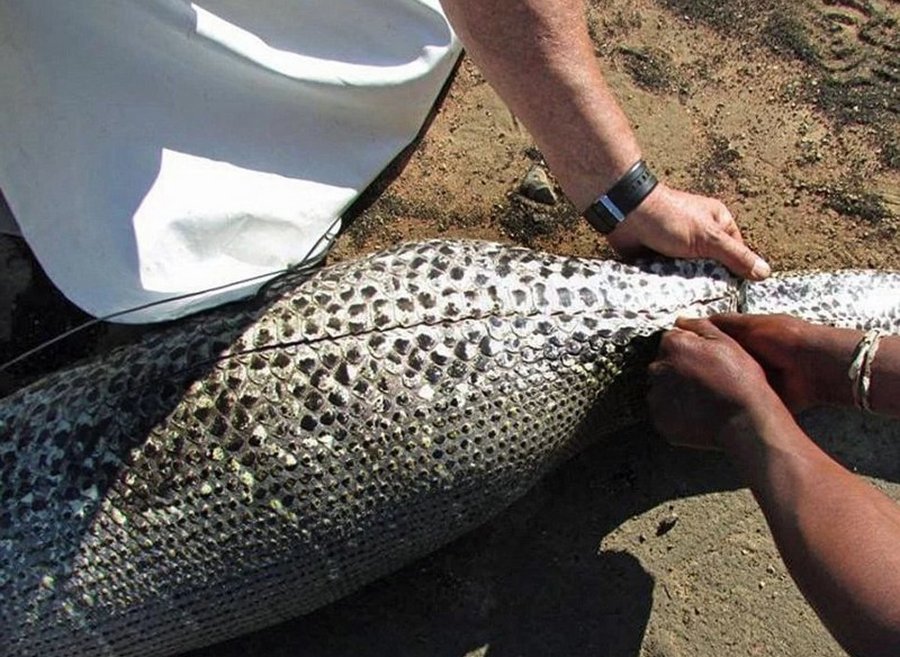 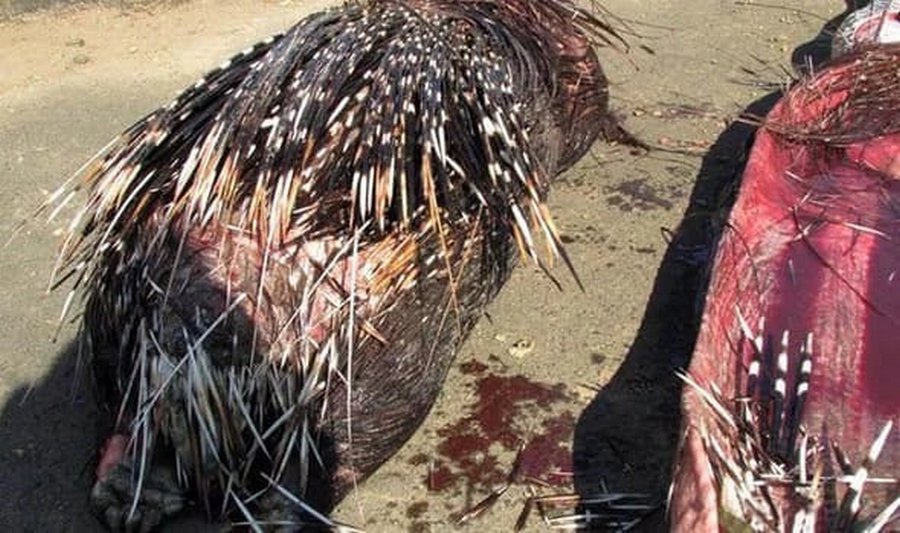 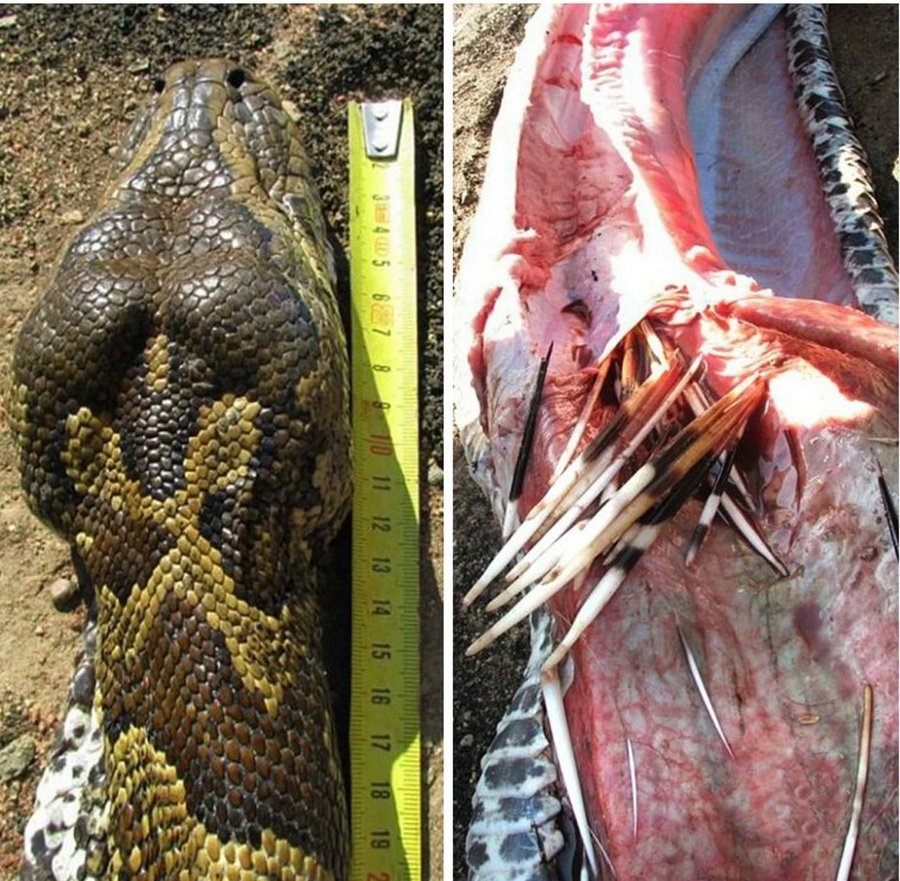 Tourists noticed discovered Python, zapotevshie serious loot, and decided that he was sleeping peacefully, while the process of digestion. However, local Rangers found that the four-meter reptile was dead.

This is not surprising: a Python swallowed a 13-pound porcupine, coated with sharp needles with a length of over 30 centimeters. This meal was the last in his life.