Python pounced on the forester when he did with him selfie 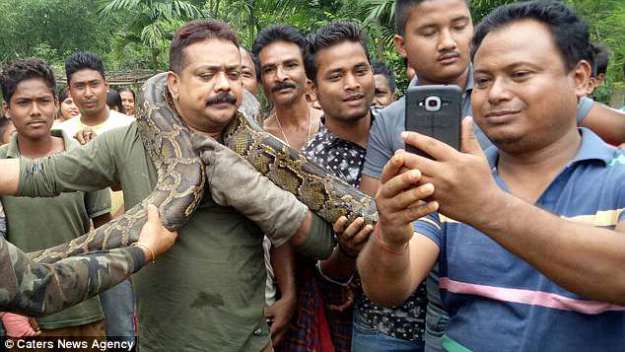 The attempt to make a selfie with a 10-meter python almost ended with a tragedy for a forester from the Indian city of Jalpaiguri. A huge predator settled in the suburbs, next to the houses. Forester Sanjay Dutta and his colleagues were going to return the snake to the jungle for general security.

Dutta and his assistants successfully completed the mission, but before they released the python into the jungle, they decided to take a picture with him. It was a mistake. The snake tried to strangle one of its saviors.

Fortunately, the audience managed to save Dutta from the tenacious “embraces” of the python. As a result of the incident, no one was hurt, the snake was successfully released into the jungle.