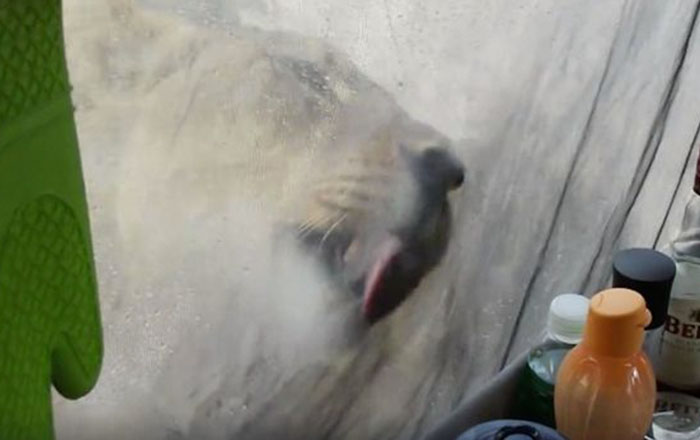 Almost summer, and that means the holiday season is not far off. Many people who love with extreme rest closer to the wild, go on Safari.

During the Safari you can not only relax and enjoy the wildlife, but also to bring their own from home leave, really impressive shots. However, it is difficult to find a more impressive shots than those who did Francie Francis Lubbe (Lubbe Francie Francisca) while on Safari in Kgalagadi, Botswana.
Francie woke up and saw how near their tents walking lioness.

But she woke up not simply so, and because several lionesses licked her tent, collecting languages the drops of water remaining after a rain.

“Last night it was raining and 3 lionesses began to lick drops of water from the tent. We both were startled and frightened,” wrote Francie.

At this time the other lioness just walked around the camp in search of something interesting.

Lioness getting dangerously close to the tent city, but nevertheless was a reasonable distance.

Francie described this delicate situation as “the worst moment of her life”, but rather called it “a privilege”.