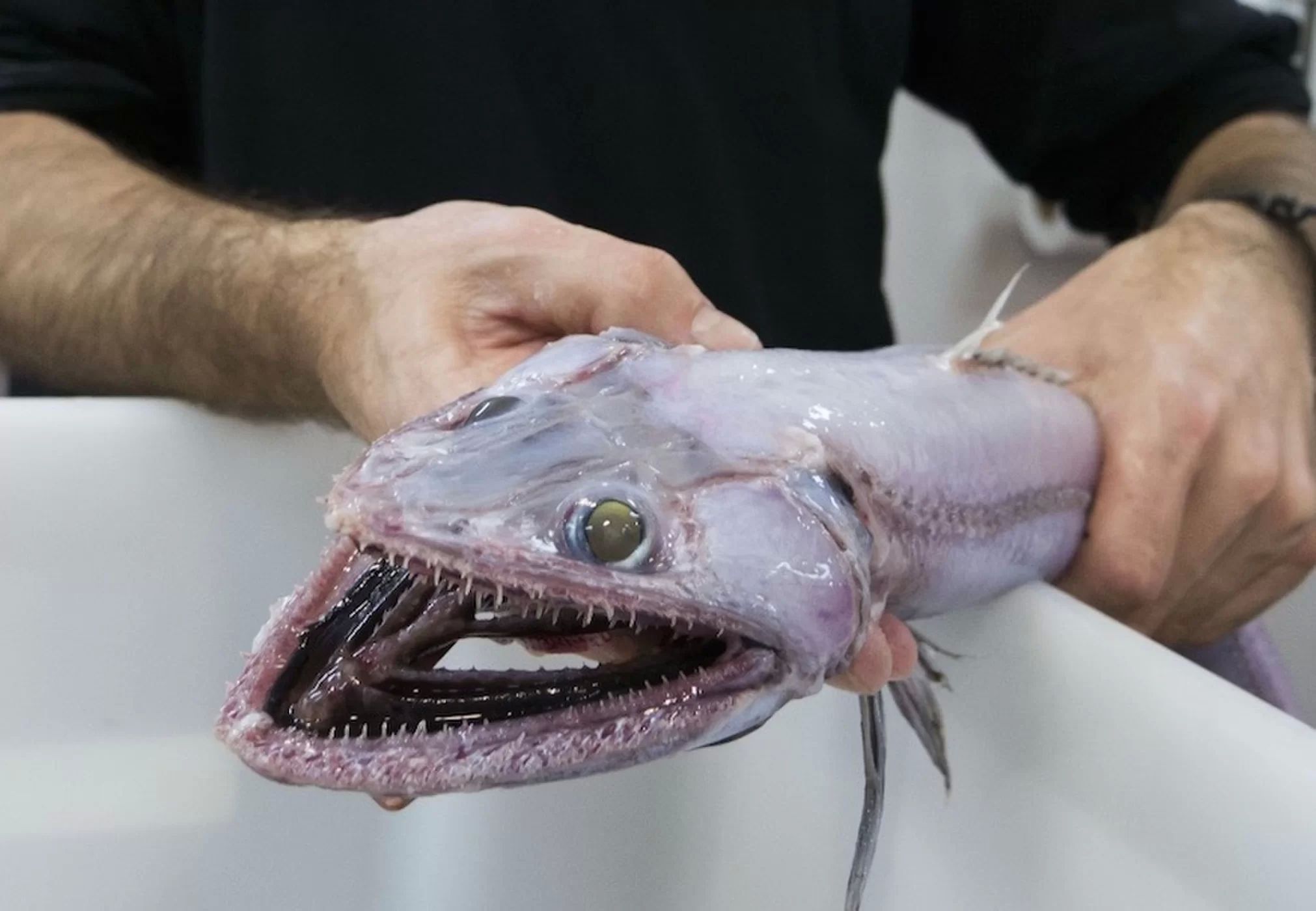 The fish – the lizard got its name due to the fact that its muzzle is very similar to a lizard. This unusual fish is known as the deepest oceanic predator on the planet. She dwells in total darkness, and her fearful mouth is full of sharp teeth like needles.

Scientists aboard a scientific research vessel found a fish – a lizard completely by accident. She was caught in a network of scientists near the coast of eastern Australia on June 4 this year, according to a blog post by one of the researchers.

The scientific name of this terrifying creature is Bathysaurus ferox, which means “cruel deep-sea lizard”. This oceanic monster usually lives at a depth of 1,000 – 2,500 meters. Fish – a lizard loves the ocean floor, where it hides in the mud and waits for its rare victims, who accidentally wander to such a great depth.

Fish – a lizard is a hermaphrodite, and also has an unusually large liver, which is 20 percent of the mass of its body. The length of a large specimen reaches half a meter.

It is unclear why the liver of this fish is so big. According to one of the scientists’ assumptions, such a liver size provides the ocean predator with enough energy for life in extreme conditions.

Another interesting feature of this predator is that it has fluorescent abilities and can glow.