Secret development of a disk-shaped aircraft 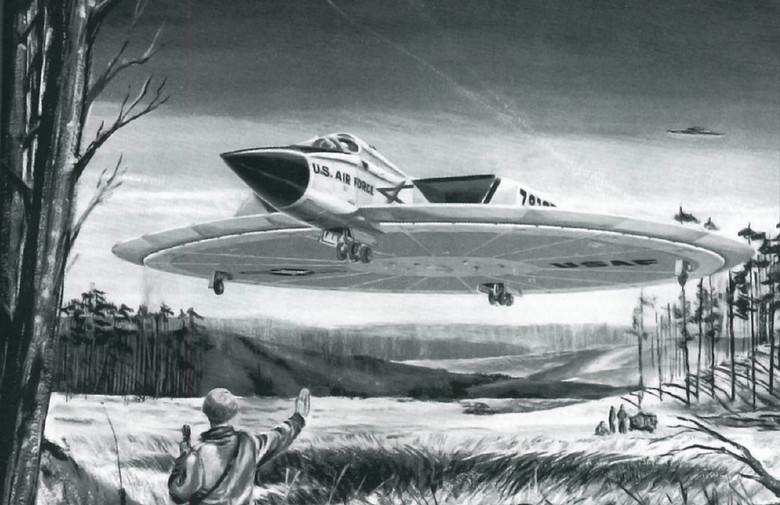 Program WS-606A – once secret work on the creation of disk-shaped aircraft.

Since 1947 in the Canadian firm “Kanadiene Avro” under the guidance of the English designer John Frost began work on the creation of air-cushioned devices. And already in 1955 the same group was working on the creation of a highly maneuverable interceptor, capable of speeding up to 2,300 km / h (according to other sources, 419 km / h, which is closer to the truth).

Customers from the Pentagon (more precisely, representatives of the Air Force and the US Army) announced that “the interceptor will revolutionize military affairs” and that during the flight “it will be possible to take it for a UFO.”

Order (program WS-606A) appeared almost immediately after the famous Roswell incident. Then, allegedly, a broken flying saucer and alien bodies fell into the hands of the Pentagon, found on July 7, 1947, seventy-five miles northwest of the Roswell military base (later renamed Walker Feld).

Strange coincidence, which few people drew attention to, although the military’s desire to get their hands on a similar “thing” is quite understandable. 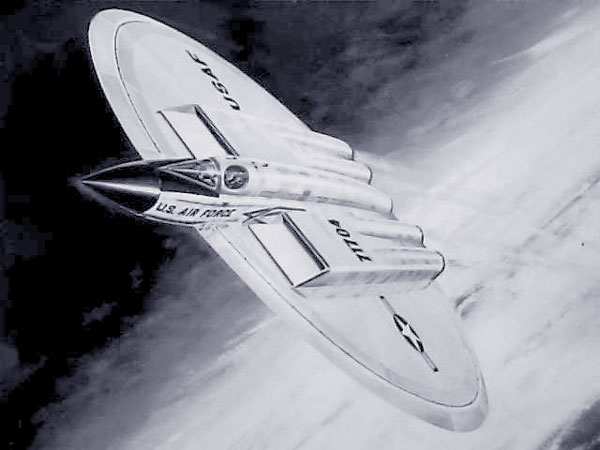 Initially, the WS-606A project was to resemble a disk-shaped rocket. But for the public, the device was officially presented with a completely different appearance and another name “Avrocar” 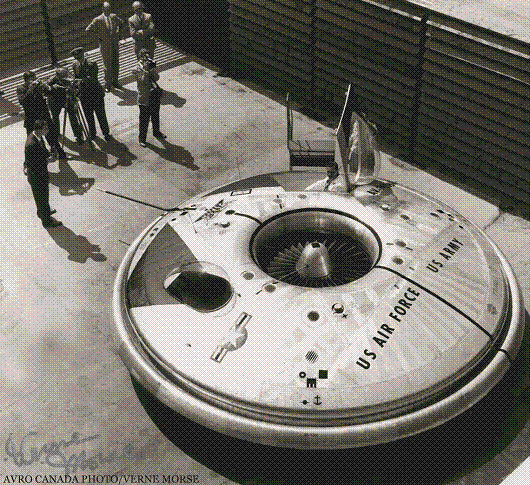 The story of the flying saucer “Avro” (VZ-9V “Avrocar”) is so “licked” by the Pentagon’s official information service that involuntarily the doubt creeps in: is everything said about this project? The option is not excluded that in reality the Avro is only a screen that covers much more serious works. And that there were 2 completely different “Avro” projects.

If you believe Mexican newspapers, the Americans wanted to get a disk-shaped rocket developing near the speed of light (?!) from the Canadiens Avro, but in reality it became an open device with a diameter of 5.49 m (or 5.48?), A diameter of the central rotor 1.52 m and a total mass of 2,563 kg was powered by 3 Kontinental J69-T-9 jet engines (not capable of being near-light, but also near-sonic speeds).

It was conceived that after the vertical take-off on working turbines, the thrust vector was deflected, providing a horizontal thrust.

Although the outwardly constructed disc-shaped VZ-9V “Avrocar” was very beautiful, but with flying qualities, the situation was much worse (it was not possible to ensure stability in flight).

December 12, 1959 on the territory of the plant Avro Canada in Melton, the aircraft performed the first approach. After a year and a half, on May 17, 1961, horizontal flights began. And already in December 1961 the work was stopped “in connection with the expiration of the contract.” 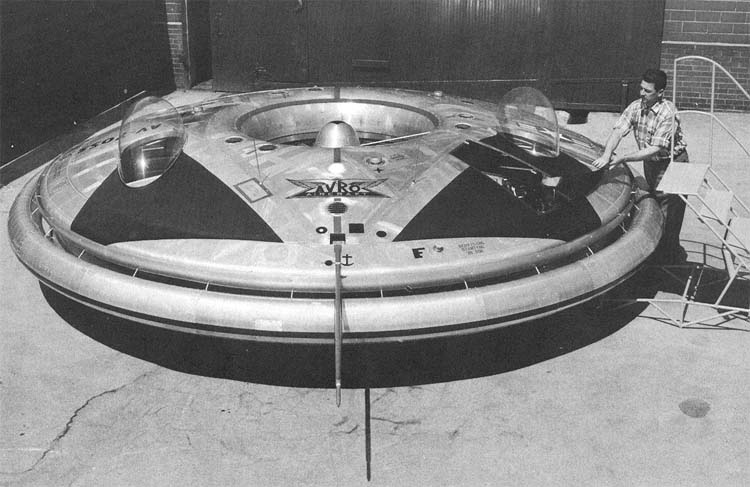 However, not everything is so simple. According to other sources, as early as June 24, 1960, the manufacturers had to officially acknowledge the failure, but this – pay attention – FOR THE YEAR BEFORE THE START OF THE HALF-LINE FLIGHT!

Anyway, but on this contract with the Canadians burst, and again from the whole program of creating a flying saucer were memories. But not only: photos, movies, one of the devices were handed over to the Museum of Transportation of the US Army in Virginia. The second copy of VZ-9V was simply broken. This officially stopped all work in this area.