Secrets of longevity of some animals

Dirty-beige, with gray-brown spots, Ming’s shellfish was not something out of the ordinary. He had a name, like most mollusks. He was 507 years old when scientists tore him from the seabed in Iceland (and killed him) in 2006, and he was one of the oldest known animals we knew.

In August 2016, scientists estimated that the five-meter-long female of the Greenland shark lived 392 years, which makes it the longest-lived vertebrate. The record of life expectancy among mammals belongs to the bowhead whale, which is believed to have lived to the advanced 211 years.

People have become a dominant species in many ways, but continue to be surprised at the species that are experiencing us. In biologists, examples of extreme longevity raise fundamental questions about why organisms grow old and die. And given what they do, why do some species live for hundreds of years, and others – months, weeks or just days?

People live relatively long. Some researchers hope that acquiring more knowledge of what provides longevity in the animal kingdom will give us a chance not only to better understand these species, but also our own. Others go further, believing that this is the key to a longer and healthier life for people. 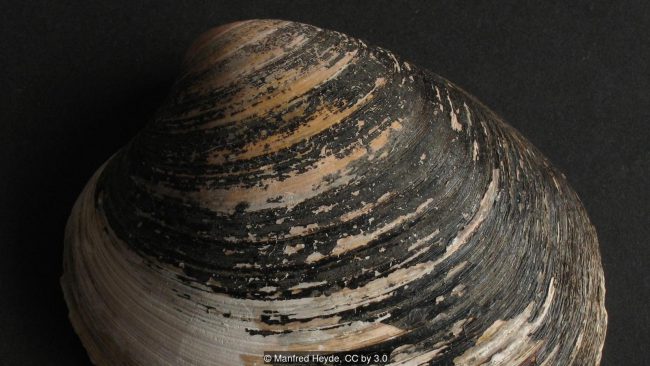 The discovery of Ming’s unusual age in 2013 led to instant assumptions that the secret of his long life lies in very low oxygen consumption.

Indeed, one of the most deeply rooted notions about the life span of animals is that it is closely related to the rate of metabolism – or the speed of chemical reactions that decompose food into energy and produce the compounds necessary for cells. The idea that animals accumulate damage and die faster, if they work more, goes back to the era of the industrial revolution. In this, animals should have a similarity with machines working on wear.

At the beginning of the 20th century, German physiologist Max Rubner compared the parameters of energy metabolism and life expectancy in guinea pigs, cats, dogs, cows, horses and people. He found that larger animals have lower metabolic rates per gram of tissue and that they live longer, which led him to the idea that accelerated energy consumption shortens life.

American biologist Raymond Pearl has developed this idea even more after his studies of the effects of starvation, temperature changes and heredity on the life span of fruit musk and melon seedlings of cantaloupe. “In general, life expectancy varies inversely with the rate of energy expenditure during life,” he wrote in his book “The Speed ​​of Life” in 1928.

In 1954, Denham Harman of the University of California at Berkeley introduced a mechanism to support what became known as the theory of the speed of life. He suggested that aging is a consequence of the accumulation of damage caused by free radicals. The free radicals that result from metabolism are extremely reactive molecules that can damage cellular engineering by stealing electrons.

However, while it is true that larger mammal species have slower metabolic rates and live longer, the theory of the speed of life has largely been disproved. First, scientists pointed out that many birds and bats live much longer than they should at their metabolic rate. Marsupials live less than placental mammals, although they have a slow metabolism compared with them. 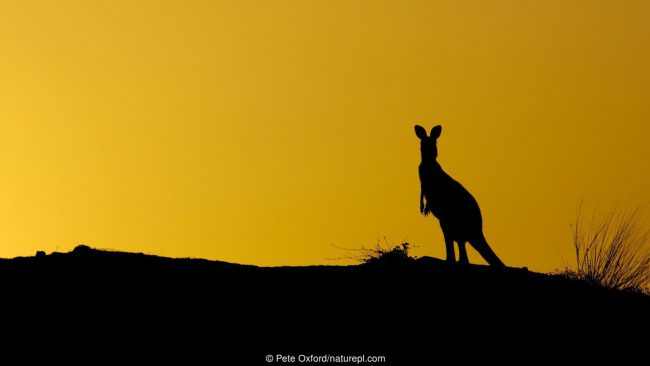 John Speakman of the University of Aberdeen in the UK argues that only the fact that animals with slow metabolism live longer does not mean that the first leads to the second.

“All the evidence that was used to support the theory of the speed of life has a fundamental jamb,” says Spikman. “They all come from studies that compare animals to different body sizes.”

In 2005, Spikman used a cunning statistical technique to remove the influence of body weight from this equation by studying the data of 239 mammal species and 164 bird species. For each animal with a higher than expected metabolic rate for its body size, it produced less than expected life expectancy, and vice versa. “Once the body weight was removed from the equation, both for mammals and birds, the relationship between metabolic rate and longevity disappeared,” says Spikman.

However, this calculation, like previous work supporting the theory of the speed of life, used residual metabolic rates of animals when they do not digest food and regulate body temperature. Researchers have traditionally used these indicators, because in this state there will be more available data. But many animals spend less time with calm metabolism, and the proportion of time spent by different species on it varies widely.

To get around this problem, Spikman compared the daily energy costs and the maximum lifespan for 48 mammal species and 44 bird species by which to find the data, and then used the same statistical method to remove the effect of body size.

“It turns out that there is a connection, but the opposite of what you could predict from the theory of the speed of life,” Speakman says. “Among mammals, once you exclude the influence of body size, immediately turn out to be long-lived creatures with an increased metabolic rate.” Results for birds were statistically insignificant.

In fact, the idea that the more oxygen consumes an animal, the more production of free radicals that cause damage, and thus accelerate aging, is now outdated. Thanking the cost of in-depth studies of mitochondria – parts of cells that generate energy. 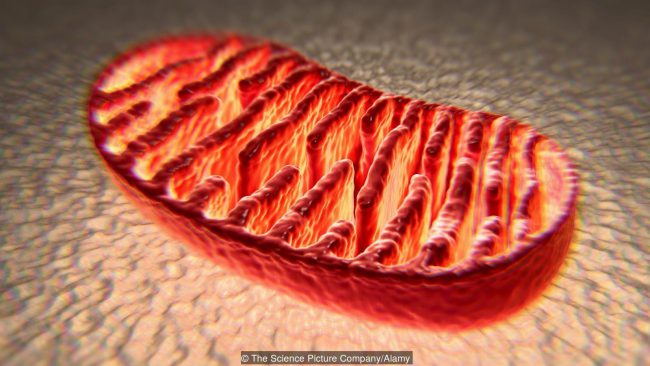 When mitochondria break down chemicals in food, protons are pushed through their internal membranes, creating a difference in the electrical potential between them. When protons return through this membrane back, this potential difference is used to create adenosine triphosphate (ATP), a molecule in which energy is stored.

Initially, it was believed that the production of free radicals was high when the electrical difference between the mitochondrial membranes was high – that is, the higher the metabolic rate, the higher the rate of formation of highly reactive molecules, which lead to cell damage and aging.

However, this model does not take into account the presence of “uncoupling proteins” in the inner membrane of the mitochondria. Thanks to the functions, among which the release of heat, these uncoupling proteins trigger the flow of protons through the membrane to reduce the potential difference in it when it is high.

“The traditional idea is that as you increase your metabolism, a certain percentage of the oxygen you consume will go to produce free radicals, but it does not fundamentally confirm what we know about the mitochondria,” says Spikman. “We should generally expect that the higher the metabolic rate and the number of dissociating proteins, the less free radicals there will be.”

Since the decline in the production of free radicals is associated with life expectancy, this hypothesis is called “disconnection for the sake of life”. When Spikman tested it in 2004, he found that mice in the upper quartile of metabolic intensity consumed more oxygen and lived 36% longer than in the lower quartile – which supports the idea of ​​”separation for life”.

An even more accurate indicator of how long the species live is their size. In a 2007 study, Joao Pedro Magalhanes of the University of Liverpool in the United Kingdom compared the body weight and maximum known life span of more than 1,400 species of mammals, birds, amphibians and reptiles.

In these four groups, Magalhanes found that 63% of variations in life expectancy were related to body weight. Leave some mammals – 66%. Bats are not quite ordinary, because they live much longer than they should for their size, so they were excluded from the calculation. Along with this, the body weight explained the life span in 76% of mammals. Association for birds was 70%, for reptiles – 59%. There was no correlation in amphibians. 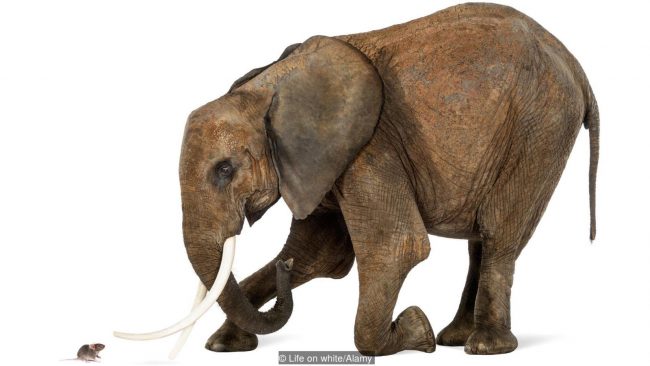 Magalhanes and others who studied the influence of size on life expectancy, say that everything comes down to combined evolutionary and environmental factors.

“Body size is the determining factor of environmental opportunities,” says Magalhanes. “Smaller animals have more predators and should grow faster, and also multiply faster if they want to transfer their genes. Larger animals, such as elephants and whales, are less likely to be eaten by predators and lack the evolutionary pressure to mature and multiply at an early age. ”

If the body size affects the life span because of the probability of being eaten, it means that different populations of the same species can live longer or less in different environments.

Steven Oested, a journalist who became a tamer of lions and then biologists, decided to test this idea by exploring adult opossum females in the late 1980s. He caught and installed radio collars on 34 individuals on Sapelo Island and another 37 on the mainland near Aitken, South Carolina. On the second of these populations, wild dogs and lynxes (Lynx rufus) hunted, and the population on the island is not. Opposums of the island were under less pressure from predators in general and genetically isolated.

Oeste discovered that the island opossums lived on average four and a half months, or 23% longer than their mainland relatives. They also had significantly smaller litters, they started to play later and could be played longer. Tests showed that collagen in the tail tendons grew older faster in the main possums.

Oested examined the possible consequences of climate change, pathogens and diet, but concluded that the longer life span of an island population was likely associated with genetic variations caused by different breeding loads. 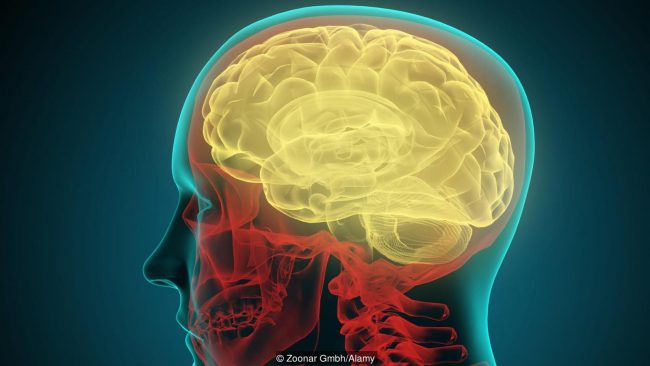 Although there is consensus in the scientific community regarding the importance of body size for life expectancy, many questions remain unanswered.