Shark grabbed the leg of a fisherman who caught her 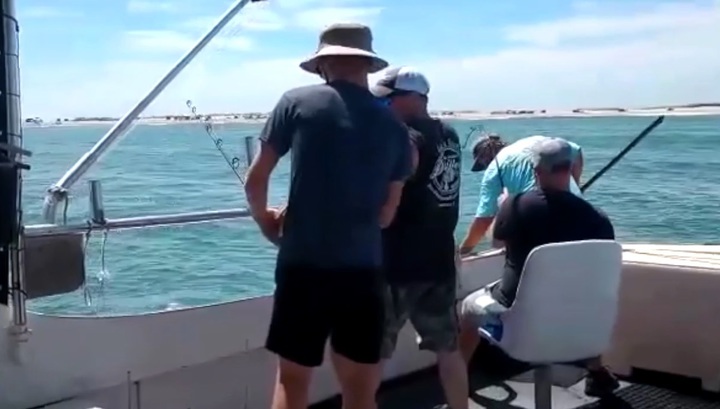 Rick Caton – the captain of a small fishing vessel from North Carolina became the hero of the video with the participation of a black-feather shark, which he met last Tuesday, July 30, in the waters of the Atlantic Ocean.

A group of men were fishing from the side of the ship. At some point, luck smiled at them – one of them managed to catch a one and a half meter shark.

The fish was brought aboard, but she was not going to give up without a fight, and grabbed the captain’s leg, the limb of which was closest to her mouth.

After some time, we managed to unclench the teeth of the shark – for this we had to use a knife and improvised items.

As it turned out, the man received a 20-cm wound. There was no bandage and other necessary first aid equipment on the vessel, so a towel was used that was securely fixed with tape.

According to local media, Rick Caton is feeling well now and plans to eat a shark that bit him, along with other anglers who were present at the incident.