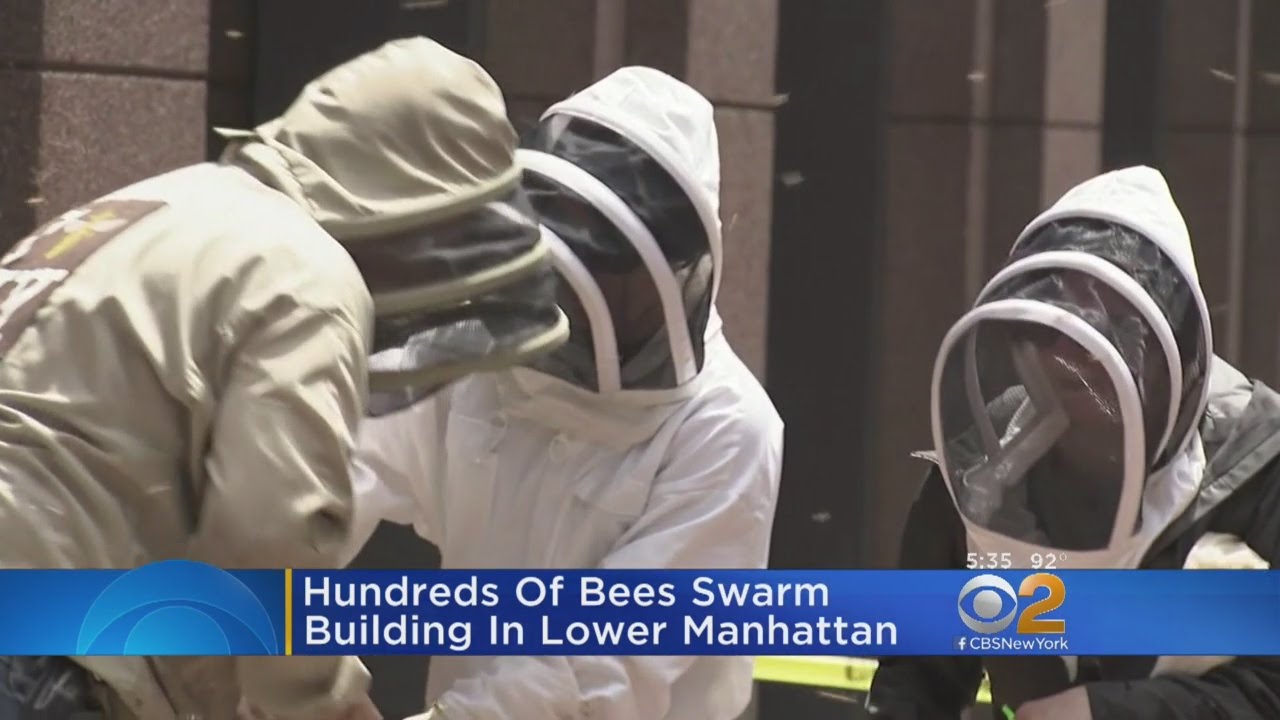 A New York skyscraper was attacked by thousands of bees. And only professional beekeepers could drive them away. Yellow-black insects literally clothed the office building of the company Vox Media on Tuesday, June 13. Attempts to clean bees with a vacuum cleaner did not have success – the apparatus was broken. Then the buzzing creatures began to collect manually and put in a box. When the vacuum cleaner was repaired, the process of getting rid of the bees greatly accelerated.

About 20 thousand bees took part in the storming of the skyscraper. Those who managed to catch and put in boxes, carried to nature, so that the insects formed a new colony. Single bees that flew from the building for a long distance, could not be collected, and they are likely to die.

A couple of weeks ago, the same invasion of bees was observed in another part of Manhattan. Experts explain that bees are looking for new habitats, since existing colonies are overcrowded.

In the middle bee colony, 30-50 thousand individuals live. Because of warming, the bees begin to multiply more intensively, and soon there is little space in the colonies. In addition, at high temperatures, often there is an additional pchelomatka that takes away a part of the “subjects” from the colony and looks for a place to build a new one.

Hot weather in New York affects the “explosion” of fertility among bees. The exact location of the hives, which leave the “extra” bees, is unknown.