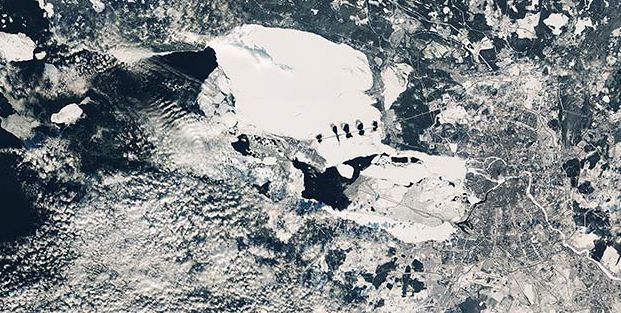 17 February 2016 the satellite of the European space Agency (ESA) Copernicus Sentinel-2A did the snowy Petersburg. Despite the fact that the photograph is black and white, actually it’s — “true colors” of the Northern capital. 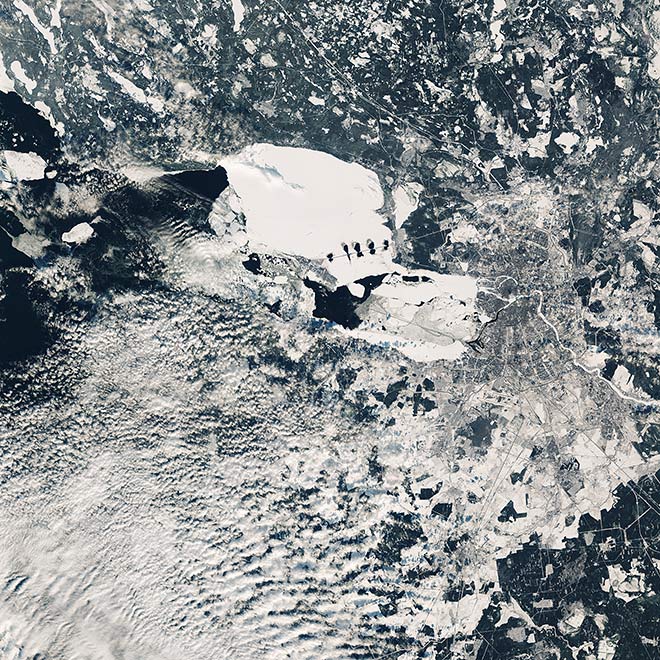 One of the most remarkable areas of the picture is a large area of snow and ice covering the water. If you look closely to the Central part of the image, you can see the “fingerprints” traces of ice-breakers, paving a direct route to the port of St. Petersburg. 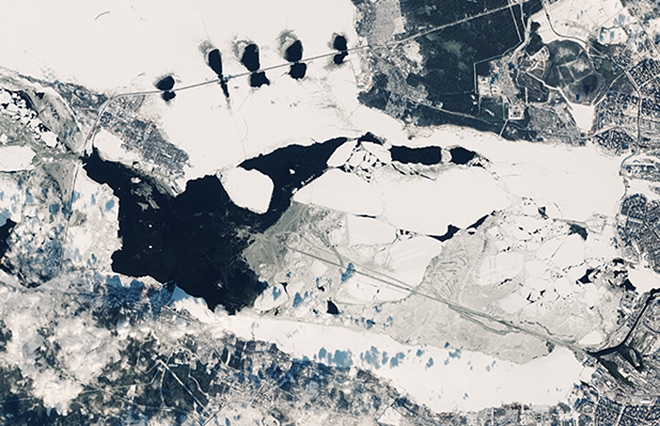 Ships leaving the port, head West through the channel, passing through the dam to the South of Kotlin island, and fall in the Gulf of Finland. The dam is 25 kilometres protects the city from the surge phenomena and serves as a bridge between the mainland and the island Kotlin.