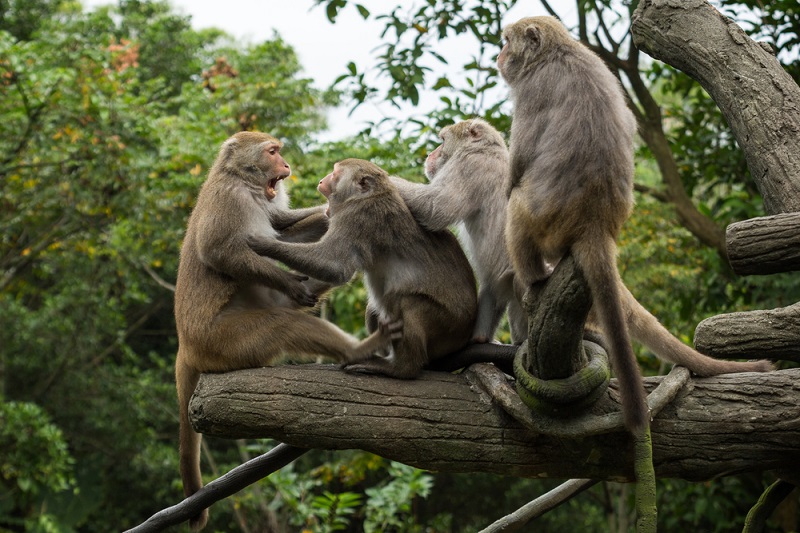 Social ties and a large number of relatives help animals live longer. A new study in this area was conducted in the female rhesus monkey environment in Puerto Rico. For 910 macaques 21 years were observed. Scientists from the University of Exeter have calculated that each older relative reduces the risk of death young at 2.3% for one year. However, the effect disappears with age – in monkey ladies, the need for social ties decreases markedly, reports Phys.org.

Macaques spend a lot of time in society. They brush each other’s hair to eliminate parasites, stroke and talk. Females unite and compete with each other for food on a clan basis. At the same time, the older the monkey becomes, the less its survival depends on the number of relatives. Researchers explain this fact with the acquired skills and life experience: the more knowledge in the macaque, the higher its independence and selectivity in communication. Moreover, ladies at an age often allow themselves to be aggressive. And they allow themselves to be cleaned, neglecting to take care of others.

According to scientists from Exeter, such studies are important both for understanding sociality in animals, and in humans. They once again believed in the idea that social ties increase the chances of survival, and it is cooperation that is the key to survival.