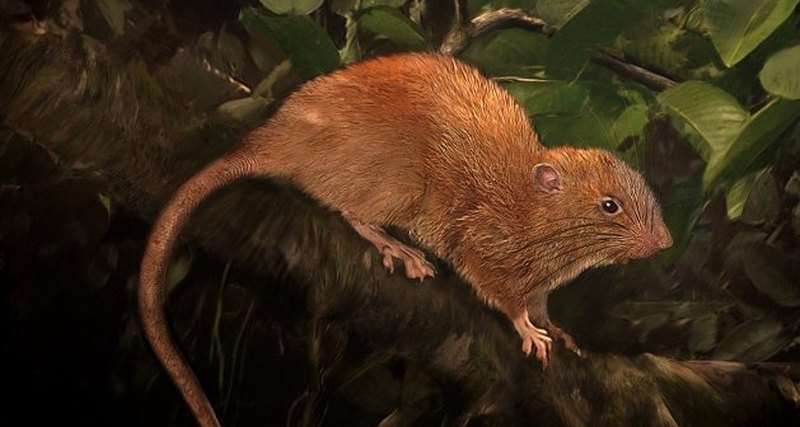 When the zoologist Tyrone Lavery first arrived on the Solomon Islands (a small archipelago to the northeast of Australia), he heard stories of local residents about a giant rat eating coconuts and called “vetch”. But the only rats he could find were European blacks (Rattus rattus), brought in by the first settlers. Only in 2012 he managed to find a rat’s litter, the size clearly superior to the usual black one.

And only recently, the forester told Leyveri that a live vetch had been removed from the tree – a red rat, 46 cm long, without a tail. By the arrival of the zoologist, the animal died, and the corpse had time to decompose, but an analysis of its skull, jaws and DNA showed that the carcass belonged to an animal of an earlier unknown species. Vika (the species received the Latin name Uromys vika) really feeds on coconuts, and also fruits. The weight of the animal was estimated to be from 500 grams to a kilogram. According to Leiveri, the animal, like other inhabitants of the Solomon Islands, may face extinction. The main threat to the archipelago fauna is deforestation.

On the islands with a total area of ​​slightly more than the Crimea lives only 500 thousand people – the same as in Ryazan. Most of the islands are covered by damp equatorial forests, still hiding the rich, often unedemic fauna of the archipelago.