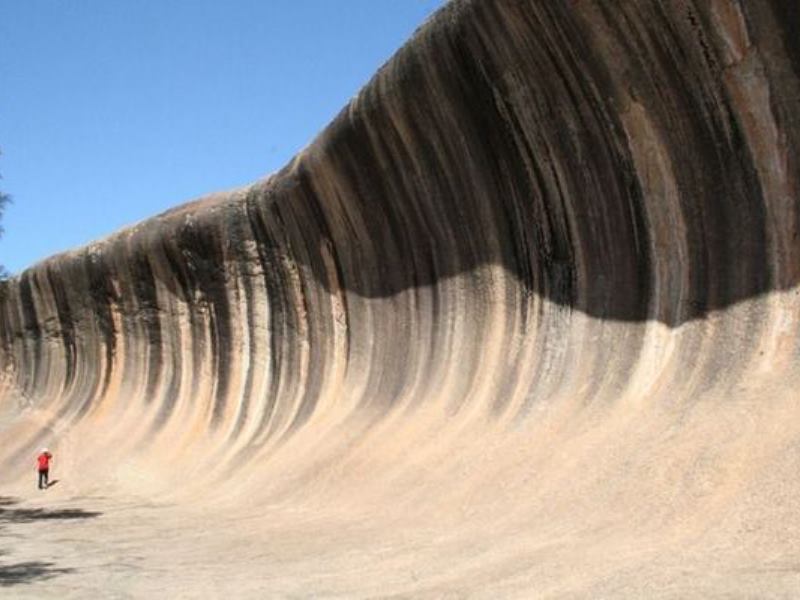 In the west of Australia there is an unusual geological object – the Wave rock, so named for its resemblance to a huge sea wave: its height reaches 15 m, length – about 110 m. A granite rock, literally growing out of the earth, formed about 60 million years ago. A powerful granite massif that was far from being similar to the wave for millennia was exposed to chemical weathering, erosion and the influence of weather conditions. Under the influence of the above factors, the softer soil was gradually removed, the massif was grinded, and the weathering products were washed off with water and carried away by winds. In the end, the rock acquired such an unusual shape and turned into a natural attraction, popular with tourists. 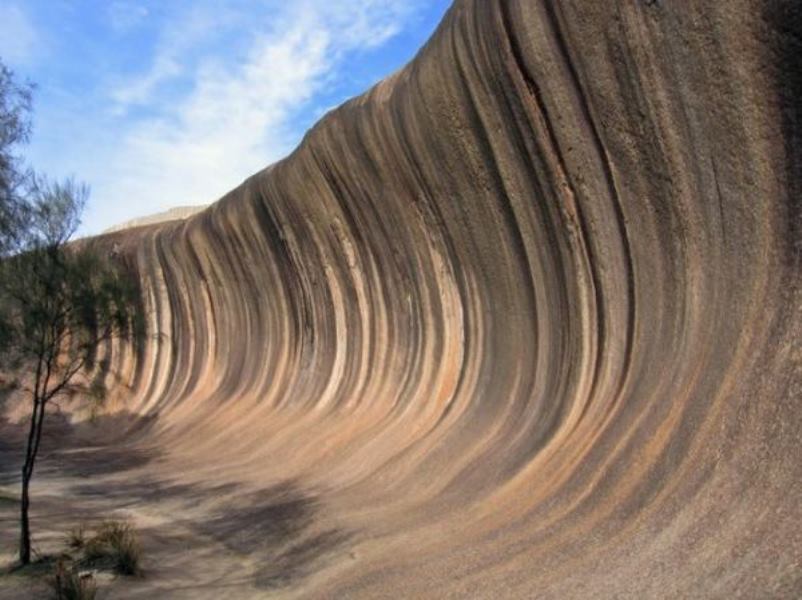 A feature of “Wave”, rarely shown in photographs, is a restraining wall, which is built halfway to a popular object. The wall repeats the contour of the rock and allows you to collect rainwater in the vault. Built it in 1951 and similar walls erected on some other rocks, unknown due to their standard. 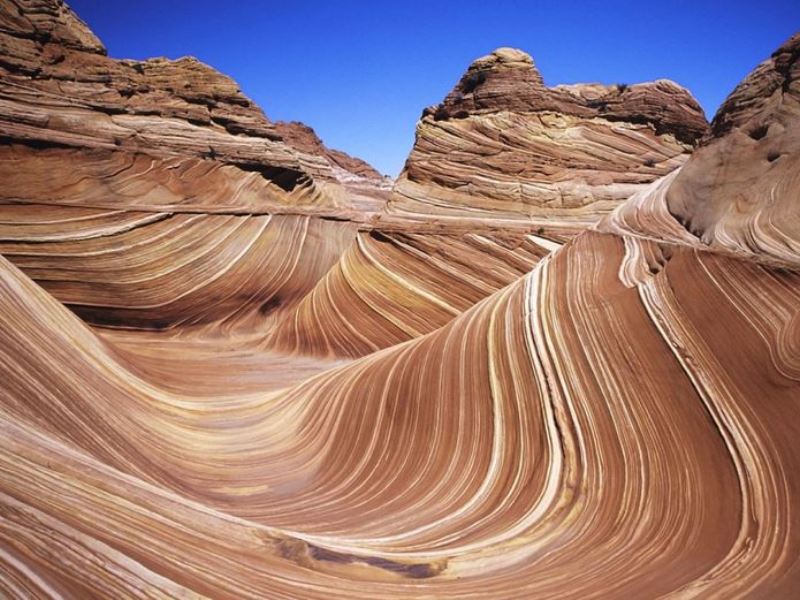 A similar noteworthy geological object is located in Vermilion County (Illinois, USA). Wave (or Wave) also resembles stagnant surf waves. But it, under the influence of the above factors (weathering, erosion, weather), was formed already from sandstone. Experts assume that the process of formation occurred at the time of the existence of dinosaurs, that is, the Jurassic period.