Store robbery in proteins has become an Internet hit 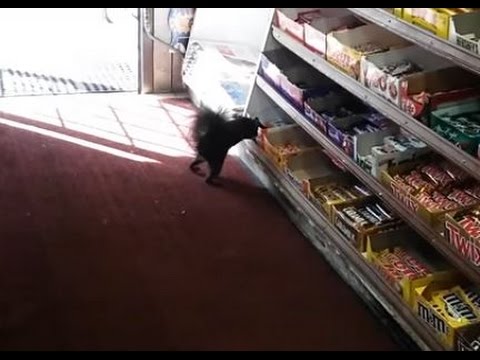 Store owners in Toronto are published on the Internet a video of a robbery of his outlets. The perps were whites. It turned out it was an accident. The store Manager discovered the missing chocolates and decided to review the security video to find the thief. It was found that candy has carried the proteins. The footage shows how the rodents grab one chocolate bar and run out of the store.

The victims decided to open a channel on YouTube called StopThatSquirrel DropThatBar (“Stop the squirrel, throw bar”) and the account in “Twitter”, which asked subscribers advice on how to deal with criminals.

The fact that the law in the country prohibits the killing of squirrels. Behind closed doors at the store is very hot, air conditioning is the family that contains the store, can not afford. Well, the pursuit of the abductors success has never crowned — they have time to escape.