Students in Florida found a tortoise with two heads 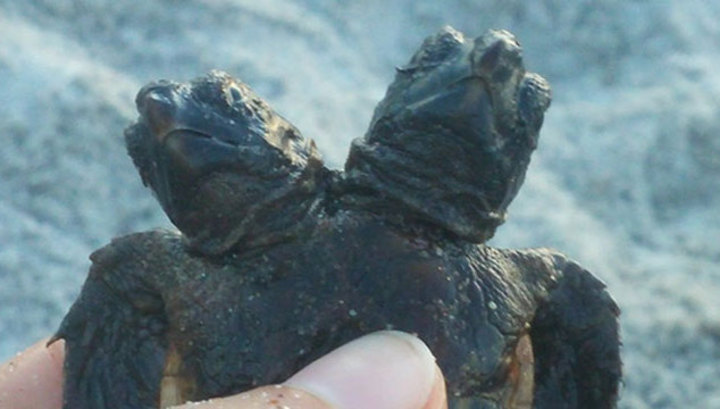 Students from the University of Florida discovered a two-headed tortoise during the morning field classes. The unusual cub was alive and well. Representatives of the university say that such cases are extremely rare, reports UPI.

A biologist from the University of Florida Keith Mansfield published a photo of a two-headed tortoise cub in her “Twitter”.

What caused the birth of an unusual turtle is not reported.