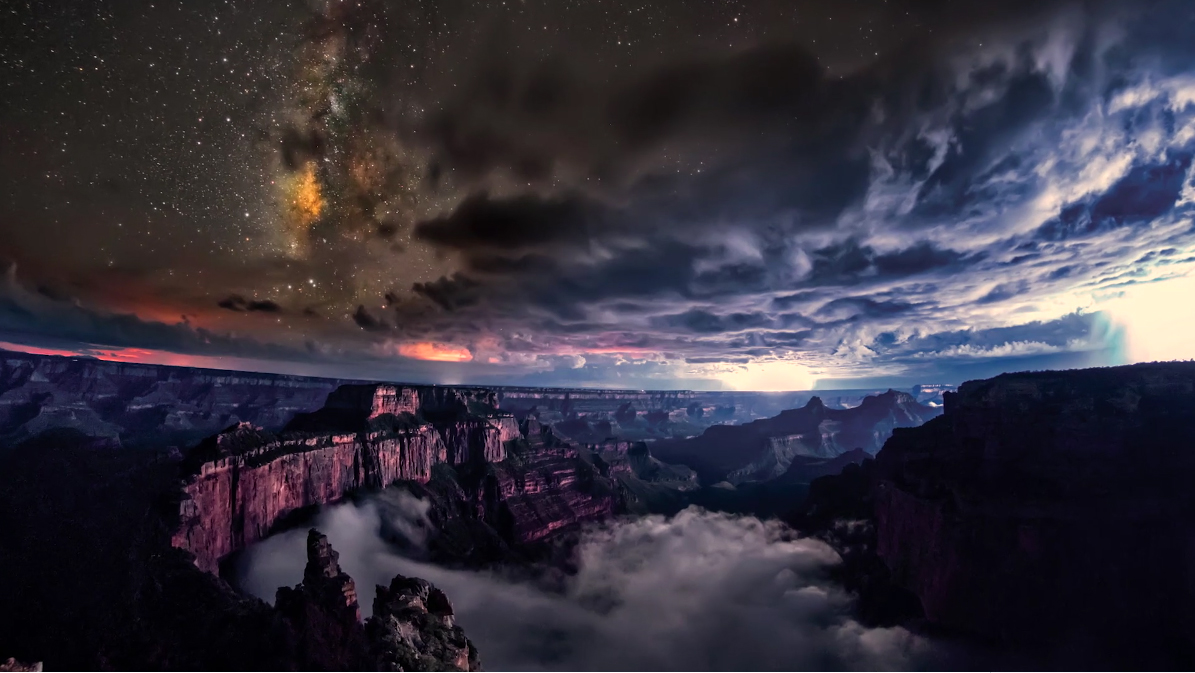 In a mesmerizing video, clouds gather inside the canyon like boiling water in a jacuzzi. At the same time, the Sun rises and sits in the background, creating the most pink sky that you have ever seen. These clouds roll like waves in the ocean and break against the rocks. This phenomenon is called inversion cloudiness, and it occurs when cold air descends into the canyon, and from above, not allowing it to rise, it is covered by a layer of warm air.

“We were very fortunate that we were able to shoot it, we can not find such a unique picture anywhere else,” Mehmedinovich said.

The creators of Skyglow, a project that shows the impact of urban light pollution through time-lapse rolls, photos and books, have produced yet another delightful video. To shoot “Kaibabe Elegy” directors Gavin Heffernan and Harun Mehmedinovich visited the Grand Canyon National Park and photographed a rare weather phenomenon.

He and Heffernan, who traveled 240,000 kilometers around the globe for the sake of their new book and video series, are working with the International Association of the Dark Heaven, a non-profit organization that is fighting to preserve the darkness of the heavens around the world.