At the end of February, the temperature in the city of Florianopolis in Brazil exceeded 32 degrees Celsius, which is usually for warm summer days in the region. Nevertheless, when Cristiano Andukhar looked up from the steps of the city cathedral, he saw obvious signs of freezing of air. “There were two beautiful ice halos around the sun,” he says. “People on the sidewalk stopped and pointed at them with their fingers.”

In the photo taken by Andukhar, a large ring around the sun is a common 22-degree halo, which is created by the sunlight shining through hexagonal ice crystals in cirrus clouds. The clouds, floating at an altitude of almost 10 km, freeze, despite the high temperature in the streets of Florianopolis. 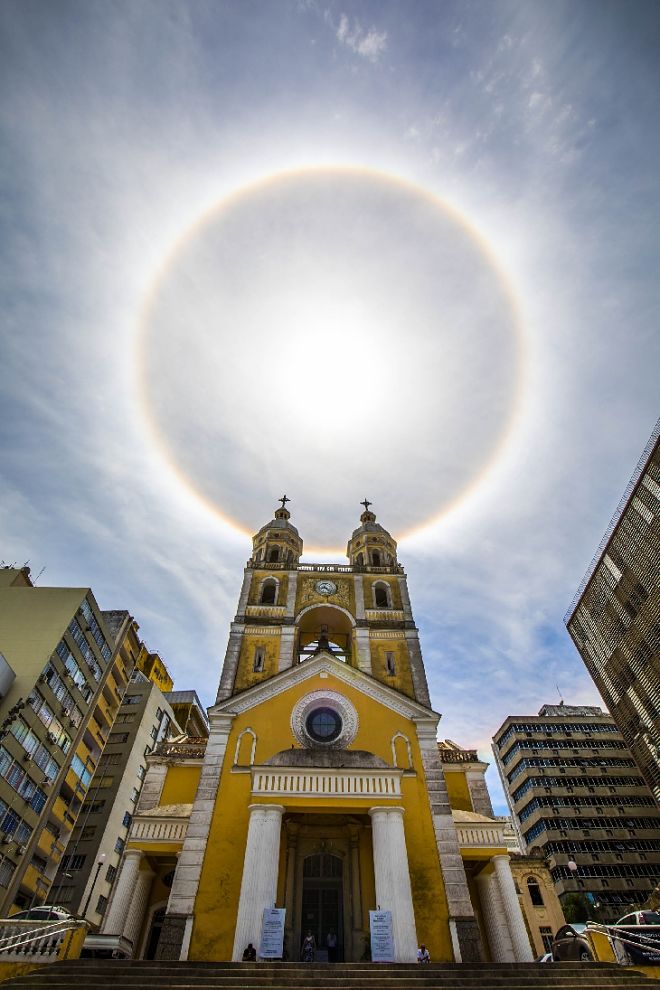 Right under the 22-degree halo, the camera of Andukhara captures a very colorful strip of light called a round-horizontal arc, which is also created by ice crystals in the clouds. Summer is a season of formation of circular-horizontal arcs, since they appear only when the sun is high in the sky – more than 58 degrees above the horizon. The huge size of the arc and pure spectral colors make the phenomenon one of the most beautiful ice halos.