Surfer was almost in the jaws of a shark 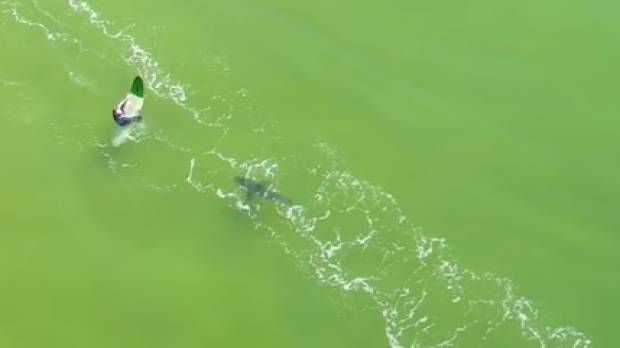 The surfer was gone from under the nose of a great white shark, shows a video made by a drone. The drone filmed the failed attack of a huge predatory fish per person off the coast of Australia.

The tool belongs to the administration of the state of New South Wales and monitors the movement of white sharks in the region. The drone is controlled pilots that are nearby on the cliff. The drones fly at an altitude of 60 meters above the ocean within a radius of 5 km and misleading police and rescue workers on cases of observations of white sharks.

While viewing the video you can see how deadly the fish chases the surfer who caught the wave, and at this point floats a meter from his friend, who blithely talks in the water with their feet, waiting for a wave. The shark abruptly changes direction and runs to the unsuspecting person. Fortunately, at the last moment plans changed predator, and she turns the other way.

C 2014, near Ballina, there were 11 shark attacks on people. Two of them were fatal.