Surfers and a shark 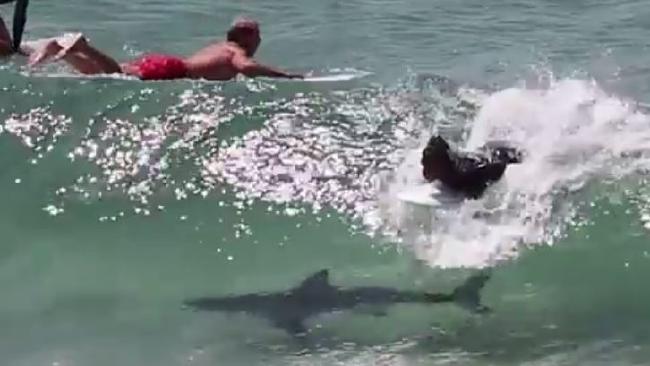 A group of surfers in New South Wales (Australia) were literally on the verge of death. At a distance of several meters from the conquerors of the waves swam a great white shark.

Derrick Brochard from Iowa vacationing with friends when he noticed a shark approaching the surfers. Predatory fish slowly slid under anything not noticing people, Brochard started filming the incident on video, and his friends tried to warn surfers by whistling and shouting. But a strong wind brought their efforts to naught. Surfers were in the dark about the impending mortal danger.

One of the Braves caught a wave right over the shark. They found Tajiri Tajiri, a local resident, who moved to Australia 10 years ago from Indonesia.

The shark was about surfers fifteen minutes, and then, thankfully, turned around and sailed away, after Faridi cut the wave right over her.

Shark attacks have become a source of fierce debate in Australia in recent months. The latest attack occurred in early October in place of the Ballina Shire and is the sixth incident in just 21 months. In this regard, Mike Baird, Premier of New South Wales, spoke in support of shark nets to protect tourists.