The 10 most famous end-of-the-world predictions

The end of the world has always stirred human minds, and the most enterprising minds have long since learned to extract practical benefits from this. Today we will tell about the ten most high-profile predictions of the coming Armageddon, which, fortunately, was not destined to come true.

The end of the world is a topic that worries humanity since ancient times. The cosmogonic myth about the creation of the world always closely adjoins the eschatological world about how the universe will turn to dust. The person of pagan culture was characterized by a cyclical perception of the world, and the reflection of this cycle was the change of seasons. Today, in the age of the victorious scientific and technological progress, we look at it with mild irony. Be that as it may, subconsciously in man lies the fear that the world will one day perish – and today we will tell you about the ten most high-profile end-of-the-world predictions, which, fortunately, never happened to come true. 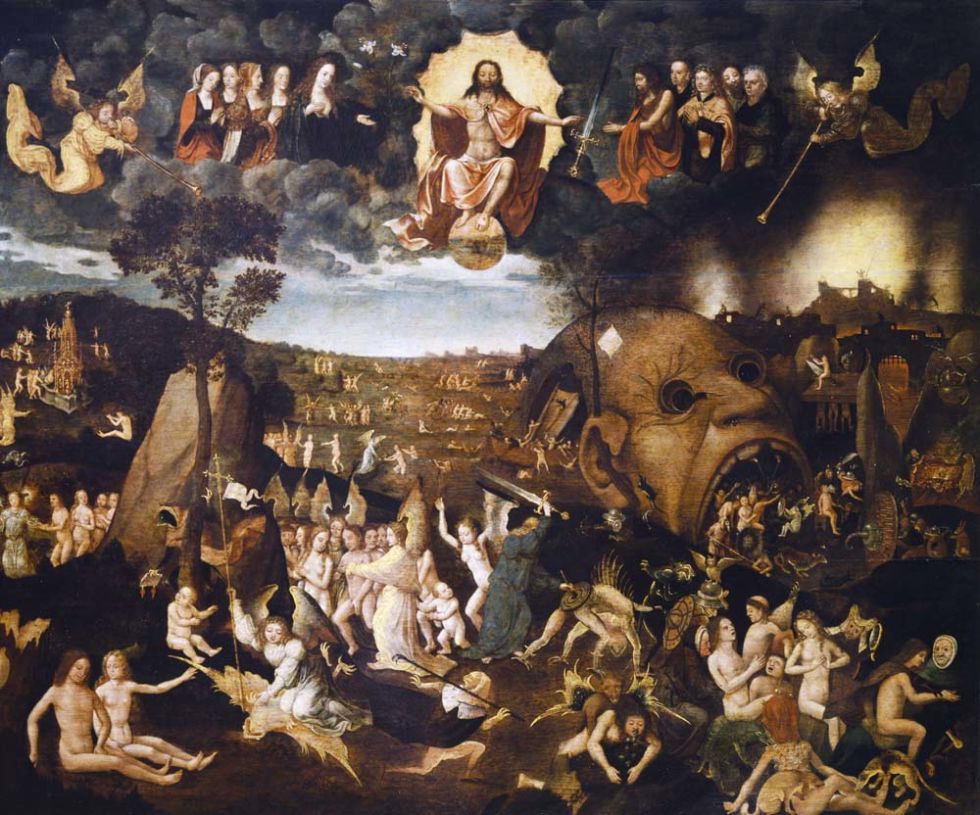 The Jewish sect of the Essenes (aka the Ossins) predicted the second coming of Christ just a few decades after his death in the 66-70s of our era. During this period, the leader of the Jewish rebellion Simon Bar-Giora organized armed resistance to the Roman Empire and the government of Judea. The Essenes viewed this conflict as the last battle predicted in the Revelations. When Simon was captured by the Romans, returned to Rome and executed, the Essen, to put it mildly, expected great embarrassment. 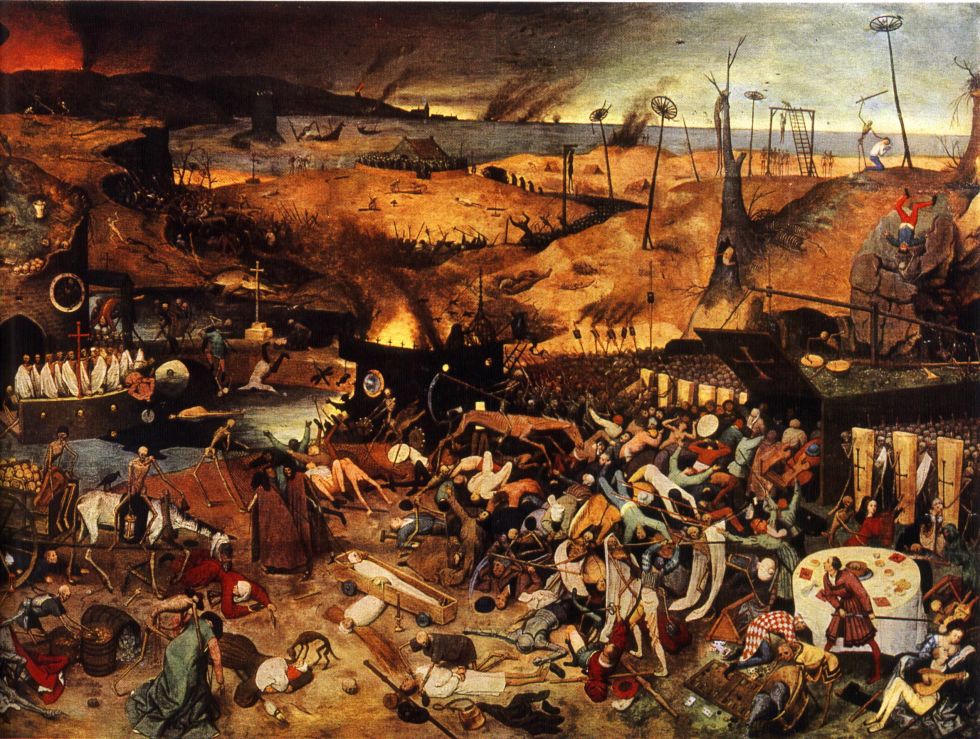 A thousand years ago the papal office gave the pontiffs a lot of free time, and therefore the Pope often predicted the coming Apocalypse – it always produced a great impression on the believers. In this field, distinguished and Sylvester II, who along with many religious figures linked the change of millenniums with the advent of Jesus. This contributed to the powerful PR company of that time: thousands of Christians flocked to Jerusalem, and most sought to get to the midnight mass held by the Pope in St. Peter’s Basilica on New Year’s Eve.

When, with the onset of January 1, Jesus did not condescend, and the world did not disappear, the Christian leaders had to reconsider their prediction. It is obvious that the 1000-year term expires not with the birth, but with the death of the Messiah! So the end of time was postponed until 1033. Quite a close term, but on this account the Pope, being in old age, no longer worried: by the time the promised date had come, he had already safely recovered from the world. 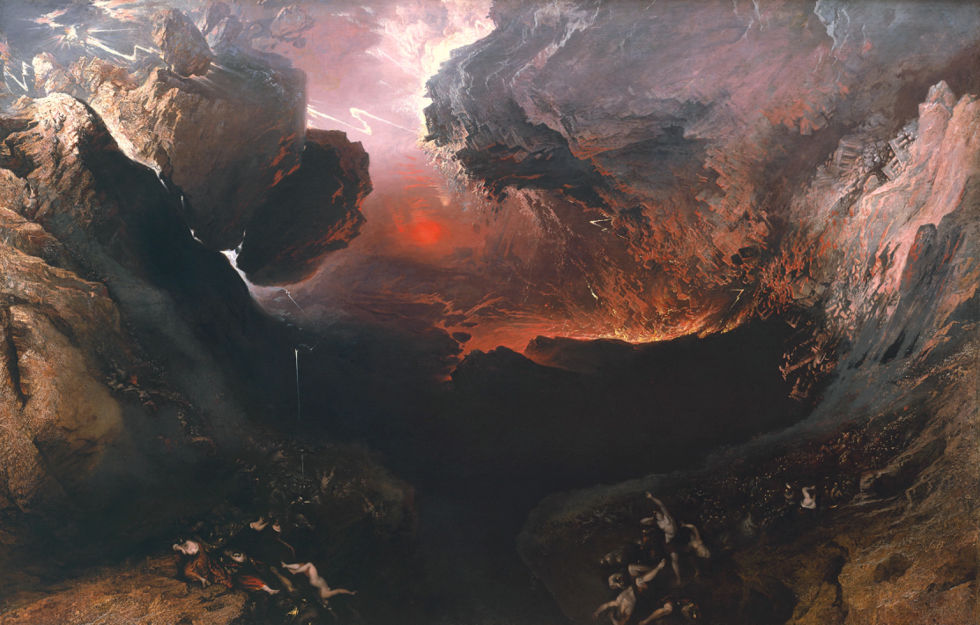 Pope Sylvester II had a worthy numerological justification for his predictions, but Pope Innocent III (also known as “antipope”) had to sweat, urging Armageddon to the current Christian policy. Since the relationship of Christians and Muslims has always been quite complex, the latter were declared servants of Satan. Therefore, according to the Pope, it was logical that the end of the world would happen 666 years after the founding of Islam, that is, in 1284. Alas, and this pontiff died 50 years before the date he announced, and did not have time to find out how deeply he was mistaken. 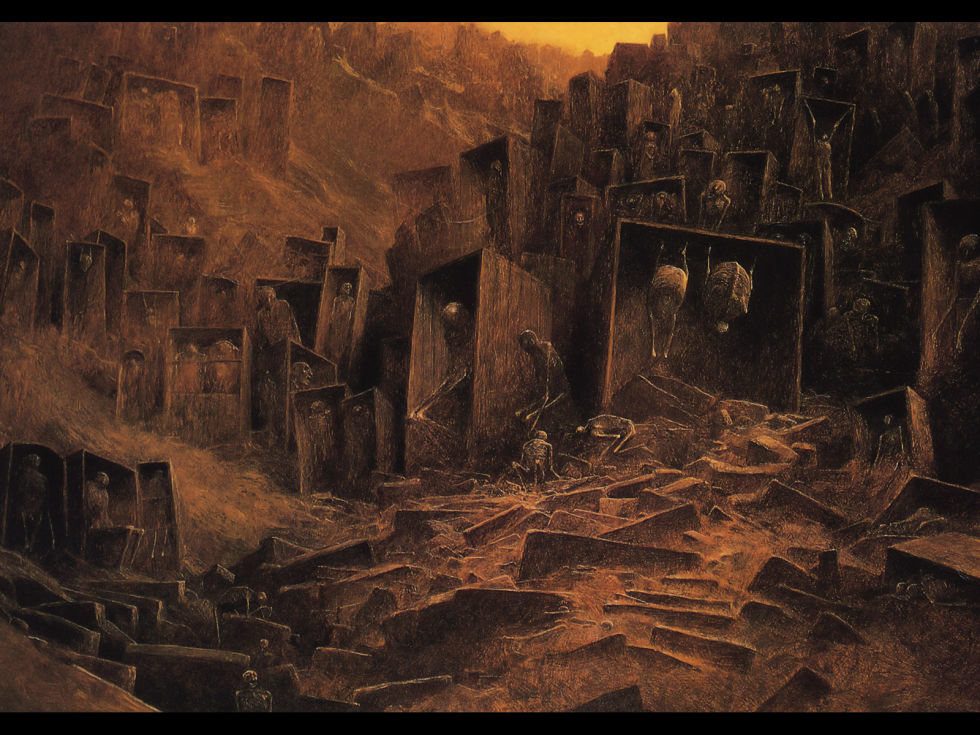 In 1523 a group of astrologers in London predicted that the Apocalypse would begin on February 1 of the following year, and the mighty flood would take place. The planets entered the constellation of Pisces, firmly associated with the water element, and therefore such a prediction did not cause questions. The continents had to go under water, and all civilizations would perish along with them. This prophecy so excited the townsfolk that on the appointed day every Londoner, just in case, tried to find a place higher and drier.

There were no floods and floods that day. Moreover, the misty Albion did not even spill a drop of rain. So believe after that to astrologers! 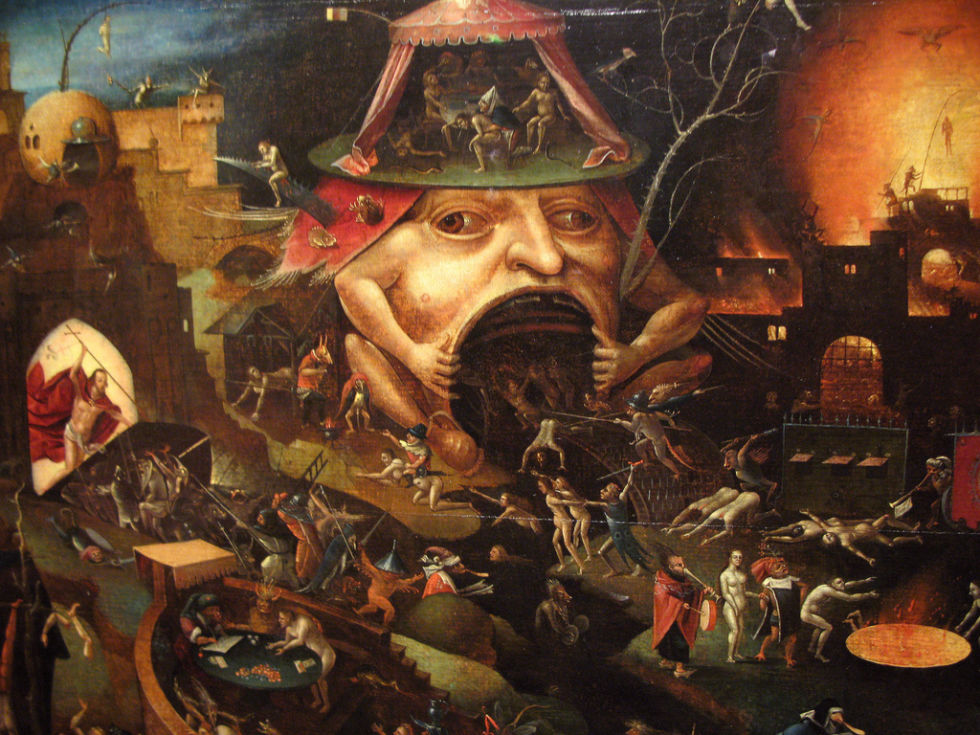 As we all know, a year with three fatal sixes turned for London by a series of terrible disasters. Thousands of people died from the plague right on the city streets, and in September a massive fire turned the city into a huge funeral pyre. It is natural that religious fanatics, namely the sect of chiliasts “People of the Fifth Monarchy”, announced the end of time. Fortunately, the prophets again made a mistake, and eventually the city came to its senses after the terrible tragedies. 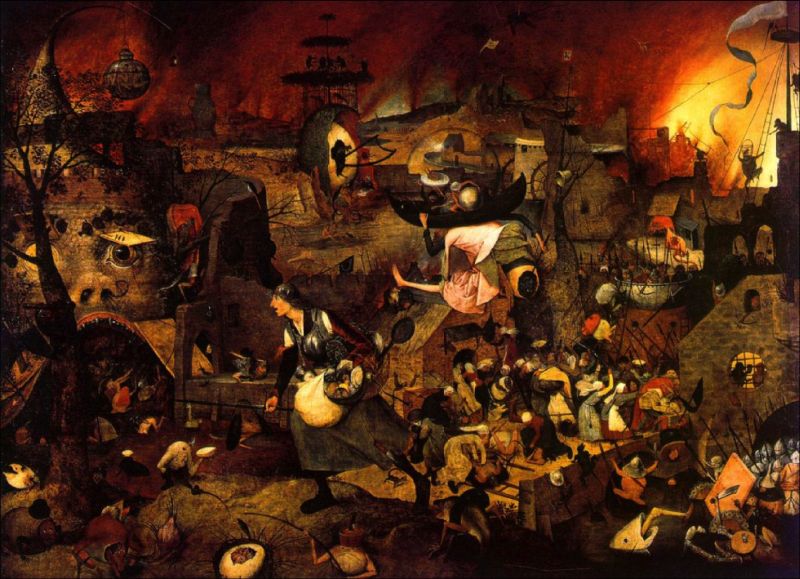 In 1780, the American colonies were still fighting for independence, and therefore the population lived in tension and a constant state of combat readiness. When the sky suddenly turned dark in the middle of the day, panic began: many people believed that this was a sign of the coming Apocalypse. The dark one lasted all day, but the reason for it was smoke from extensive forest fires and heavy cloud cover, and not the descent of angels.

If you lived in Leeds in the 19th century, your capital would be threatened because of the famous Mary Bateman. While the townsfolk considered her a witch, in fact an enterprising lady was a clever fraud and a thief. In 1806, her chicken laid eggs, on which the words “Christ is coming”. People from all parts of the country came to the city to see this miracle and became victims of deception. The fact is that the groom Miss Bateman simply took fresh chicken eggs, etched the necessary text onto them with acid, and then put them … back into the chicken. As a result, not only the purses of gullible gapers, but also one unfortunate bird were affected. 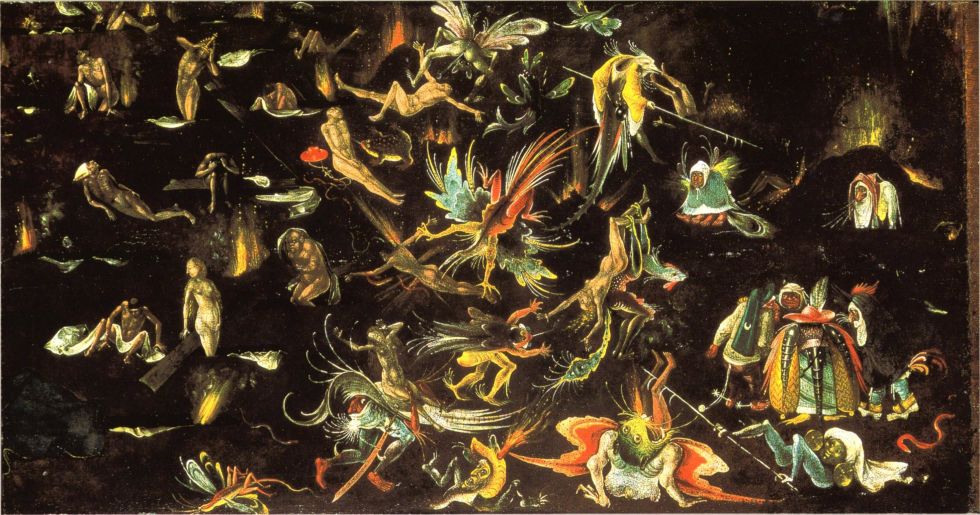 Herbert Armstrong, an advertising specialist, was one of the first preachers to preach the gospel on the air long before it became popular. In 1933, he founded the “World Church of God”, and 3 years later already predicted the end of the world with might and main. When, however, the first of the dates assigned to them turned out to be false, he did not hesitate to revise the prediction and postponed it until 1943, and when it did not work (although World War II seemed to be the beginning of the end of time), he postponed until 1972. Perhaps he, like the pontiffs of the past, hoped that he would already be in the next world and secure himself from the ridicule of society during his lifetime, but brought a strong health: in the 72nd year, Herbert was still alive. The last date was obshyavlen 1975 – and, imagine, still there were those who believed him! 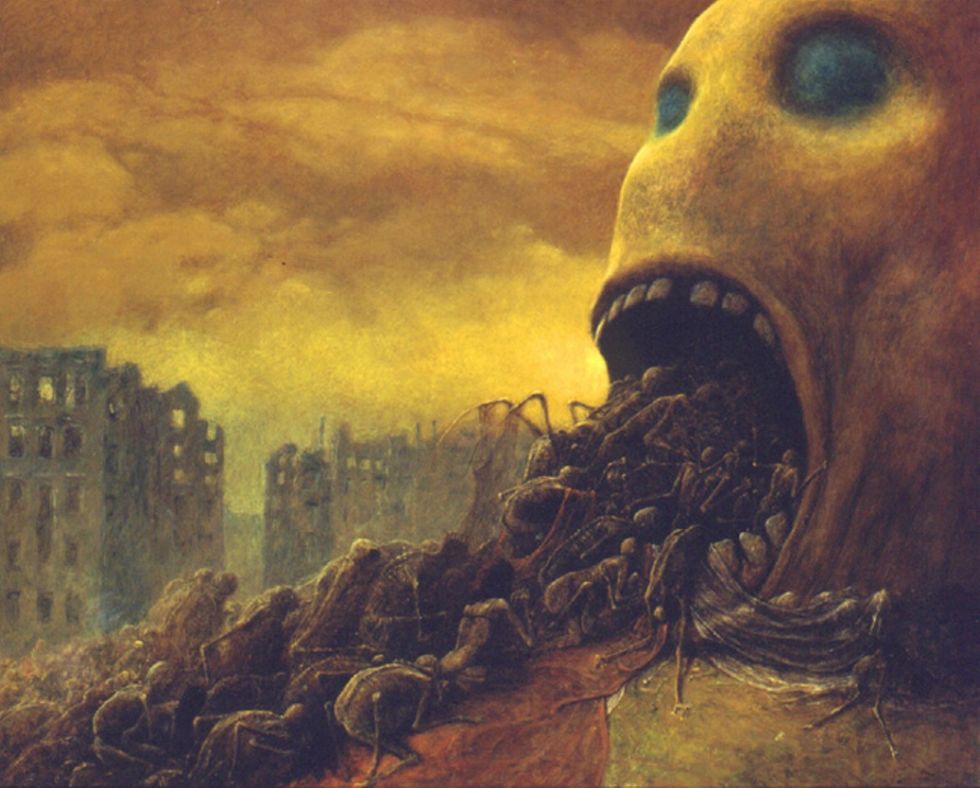 At his show in 1976, Pat Robertson predicted that the end of the world would come sometime in 1982. Of course, he was mistaken, but this did not stop him from trying again. In his book “The New Millennium”, released in 1990, Robertson predicted that the last day would be April 29, 2007, and … again missed the target. Robertson is also the only person on our list who is still alive, so there is a chance that he will predict the Apocalypse for the third time. 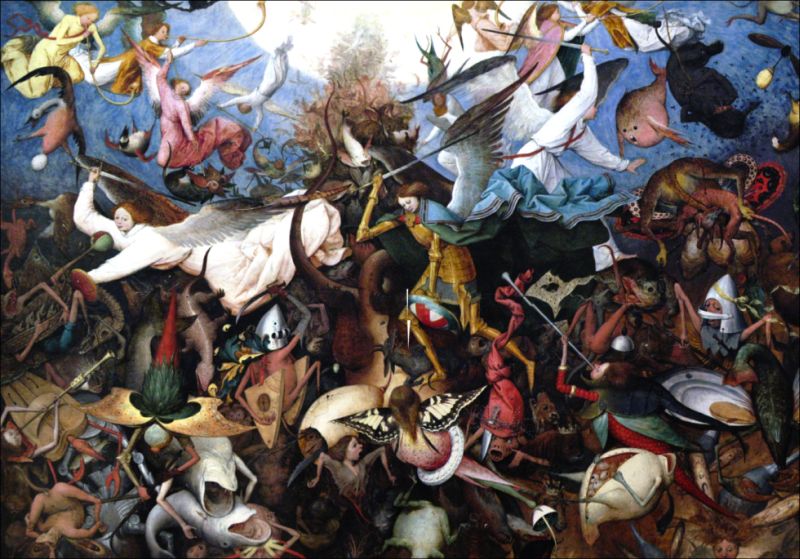 The most “fresh” prediction for today is the one Harold Camping did in 2011. He predicted that the Ascension will take place from this date, and the Judgment Day itself will be on October 21. When May ended, it was said that all phenomena would occur at a time, on the day of October, although some kind of “spiritual indulgence” supposedly took place. Camping was previously characterized by a passion for apocalyptic prophecies: previously he several times predicted the end of things in 1993 and in 1994. In total, he made six incorrect predictions, and therefore takes an honorable place at the end of our list.