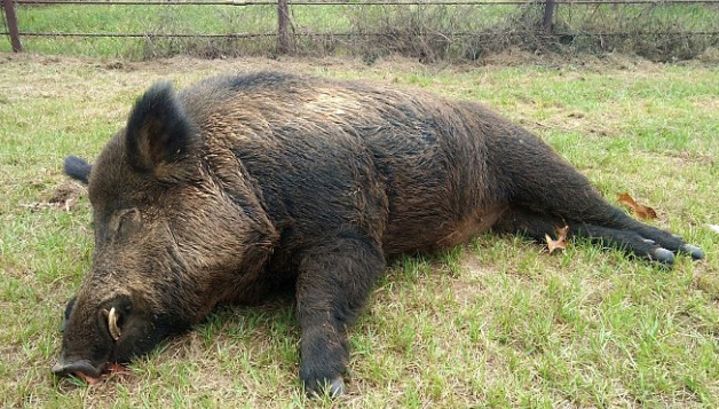 Texas farmer Joe Clauers shot a wild boar with a weight of almost two hundred kilograms. Before that, the animal had raided the man’s site with impunity for five years.

The boar, whom Clauers and his daughters nicknamed “Big Daddy,” “The Monster from the Bushes,” “The Ghost,” and “Leroy” regularly devastated the feeders for deer and small game at a farm near the town of Union Grove in the eastern part of the state, and also attacked on young deer, writes Daily Mail.

Having finally seen the predator alive during the night hunting, Clauers killed him with a semi-automatic rifle AR-15. The man plans to keep the head of the wild boar as a trophy, and give the carcass for animal feed.

The number of wild boars in Texas is about four million individuals, but their average weight is about half that of an animal killed by Clauers.