The ancient masterpieces cut from rocks 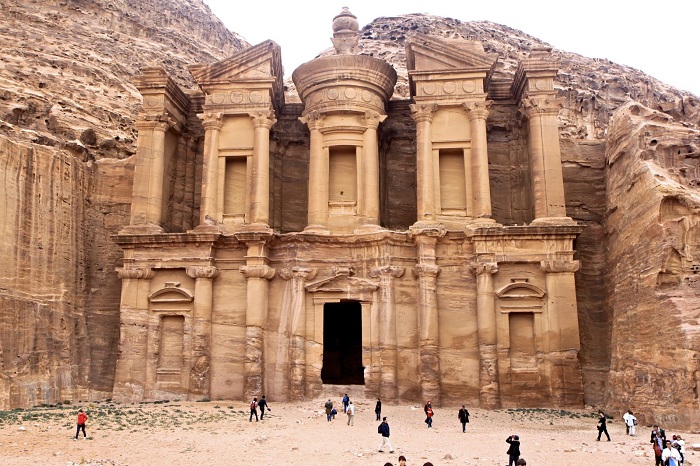 In the ancient time numerous monuments were cut out from rocks. Moreover, the whole cities were so created earlier. From greatness of the ancient heritage which reached our days takes the breath away. Five historical monuments created from unapproachable mountains are presented in this review. 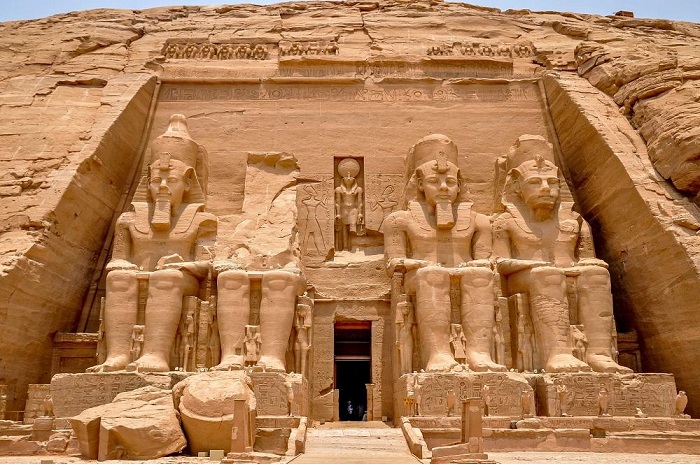 Greatness of an era of Pharaohs temples once again confirm Abu Simbel in Egypt. In the 100-meter rock two temples with images of the Pharaoh Ramesses II and his spouse are cut is Nefertari. In 1952 near Aswan works on projection of the second dam of Neil began to be carried out. Historical monuments from sandstone were threatened by flooding. Then the decision to transfer temples to 180 meters from a tentative location was made. Four years were spent works: temples sawed Abu Simbel on 30-ton blocks, and then collected anew. 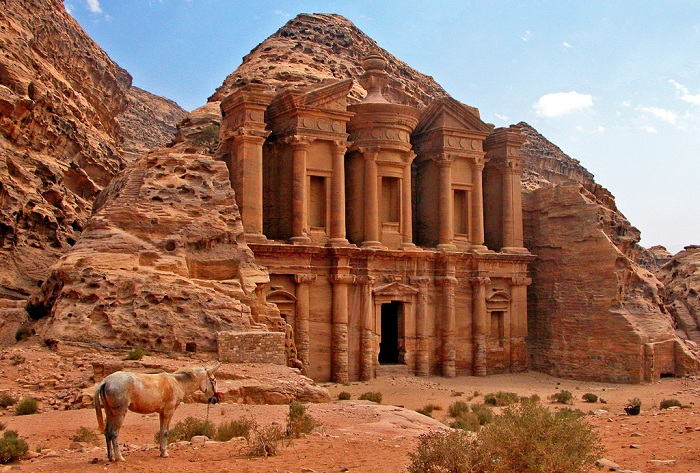 Petra – an ancient pearl of Jordan.

One of the most recognizable stone facades is Petra. The ancient city cut from a stone is in Jordan. The name of the city is translated from Greek as “stone”. Petra several hundreds of years was cut in red sandstones. Many centuries Petra was the prospering city with characteristic water supply system that is surprising for that area with droughty climate. When opened new paths to the east through the sea, the city gradually fell into decay and became empty.

3. Bas-reliefs and sculptures to Datsz (China) 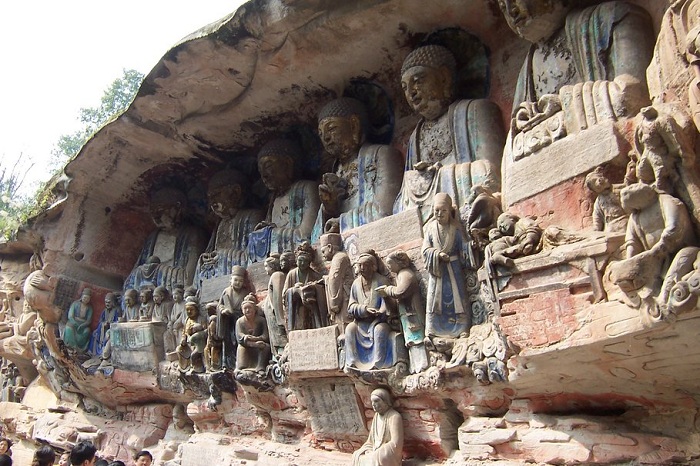 The multiple sculptures of Buddha cut from rocks.

The millennia created a petroglyphic complex to Datsz. The never-ending chain of statues and bas-reliefs is located in the district Datszu (in the neighborhood of the megalopolis of Chongqing, China). The total of statues contains 60 thousand. Right there parallel to the cut giants and miniatures there are nearly 100 thousand hieroglyphs. On sculptures it is possible to trace as for 1000 style and ability of the masters cutting sculptures from a stone changed. 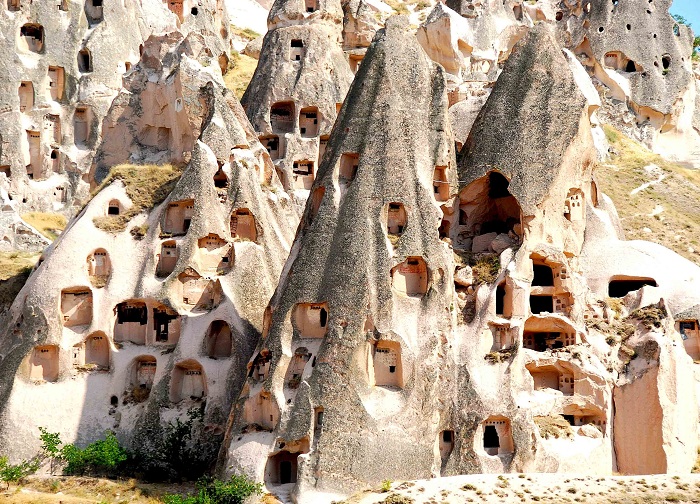 Cappadocia – the underground cities and monasteries.

Fancy tops with hundreds of openings tower in Cappadocia (Turkey). Actually it is the ancient underground cities and monasteries cut in breed of a volcanic origin. 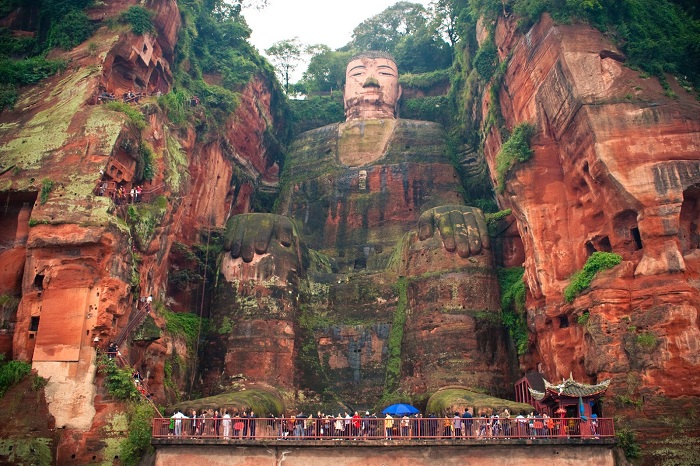 Greatness of this statue of Buddha just strikes. This huge sitting Buddha 70 meters high is located in the city of Leshan in China. The sculpture is cut from the rock in the 8th century of our age. The statue is covered with magnificent greens that does it to even more mysterious. Also Big Buddha is called by the highest statue in the world.