The battle of two rhinos hit the video 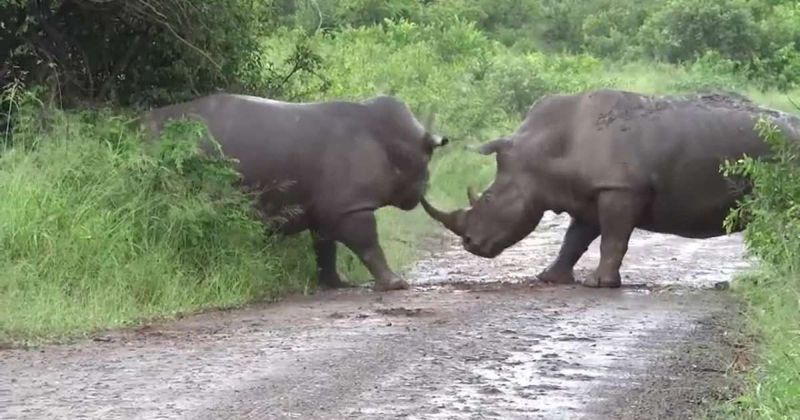 In South Africa, the battle of two rhinoceroses for the territory was lifted. The video is published on YouTube.

The incident occurred in the oldest African reserve Hluhluwe-Umfolozi. On the shots you can see how two rhinos are fighting for the territory, trying to inflict serious injuries on the opponent using the horns on the nose.

As the guide Tim Browne, who shot the video, such battles between rhinos – a rare, but very cruel phenomenon. According to him, such conflicts can be fatal if the animals are comparable in size.