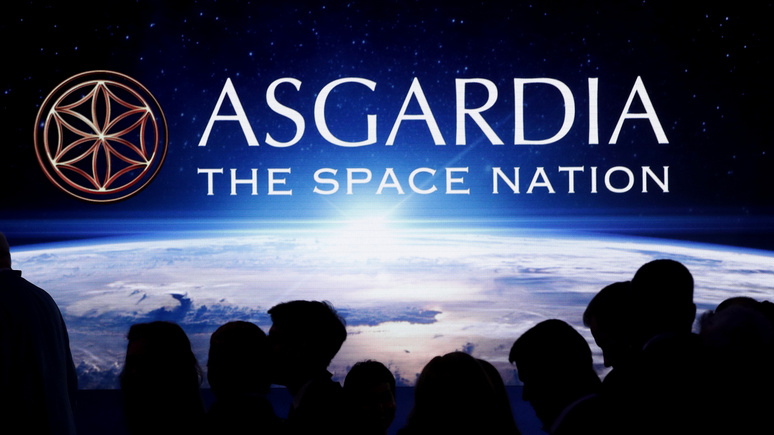 On the official appearance of the new state, Ashurbeyli announced at a solemn ceremony held on Monday in Vienna. “We have created all branches of the nation, I can say that Asgardia was born,” said the billionaire.

Despite the fact that Asgardia has no territory on Earth, it already has about 200,000 citizens who signed up to join the country via the Internet, as well as ambitious plans to launch homes in low Earth orbit and build settlements on the Moon.

Asgardia has everything necessary for a functioning state: a constitution, a flag, a hymn and elected representatives, and the country is working on using the new SOLAR crypto currency to shape its economy. As for the connection with the Earth, Ashurbeyli says that in their plans to make the country independent.

“Asgardia will develop an infrastructure that will not depend on terrestrial systems,” he says. “Asgardians will have portable devices with integrated passports, credit cards and traditional smartphones.”

Some of the more altruistic plans of Ashurbale include the provision of a global Internet and access to Asgardian technology, as well as the creation of a fleet to protect the Earth from asteroids. As a result, the head of the cosmic state sees Asgardia not so much as a country, but as the next step on the path of human development. “Cosmic space is infinite, and cosmic studies will give homo sapiens the opportunity to become immortal as a species,” the billionaire stated.

The country received its name in honor of the heavenly city from the Scandinavian mythology “Asgard”, the abode of the gods. In addition, “Asgard” is mentioned in the popular cable car Marvel, where he is the home of one of the main heroes – Thunder God of Thunder.