The boy escaped from sharks, thanks to the drone 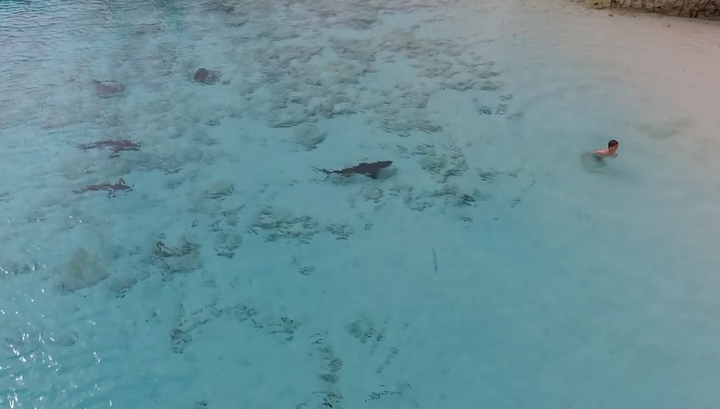 Immediately four sharks set out to attack the boy who entered the water in the Bahamas, but he managed to avoid the attack thanks to the vigilance of the quadrocopter standing on the shore of the operator. Recording from the drone, capturing predators, he posted on YouTube.

The incident, apparently, occurred as early as the middle of December last year. On the shots you can see how the boy runs into the sea and begins to splash around the shore, and after a couple of seconds three sharks aim for him, to which another “colleague” later joins. The child with his head went under the water, exploring the bottom, – this time the predators had enough to be literally a couple of meters away from him.


“Thank God, he heard me,” the Daily Mail quotes the words of Artem Tkachenko, who was standing on the shore and controlling the drone.


The boy quickly left the warm waters, forcing the sharks to turn around.