The British caught a killer shark weighing half a ton 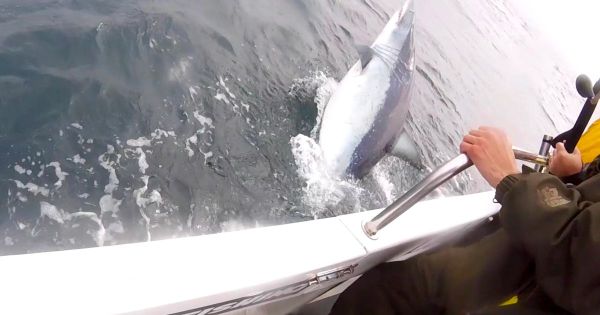 A killer shark weighing half a ton was caught by a fisherman off the west coast of Wales. The 49-year-old Rob Rennie, who was in charge of the vessel, and his crew caught a huge representative of the herring family, which are considered the fastest sharks in existence.

They are capable of accelerating to 74 kilometers per hour.

The lucky man himself, on whose bait the mako shark fell, is convinced that his catch was twice the British record set in 1971. Then the fishermen managed to catch the heaviest shark in the history of the country, weighing 227 kilograms.