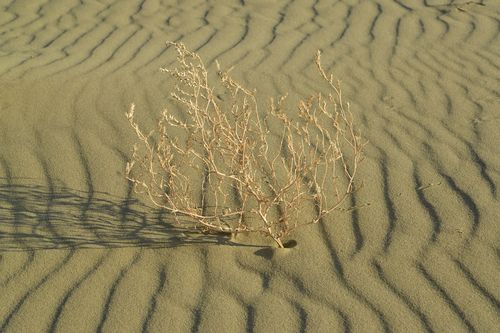 The real invasion of these plants had to be experienced by the inhabitants of the American city of Victorville (California). A roll-over field was touched by about 150 houses, sometimes inundating them to the second floor. Local authorities even had to organize works to collect and export the rolling stock.

Note that Americans have recently been “lucky” in the fads of nature. Not so long ago in the sky over the city of Milwaukee in Wisconsin appeared mysterious lights that frightened the inhabitants and gave rise to many versions. True, upon closer examination, these lights turned out to be a flock of ordinary gulls, from which light was reflected.