The clash of collar cobras hit the video 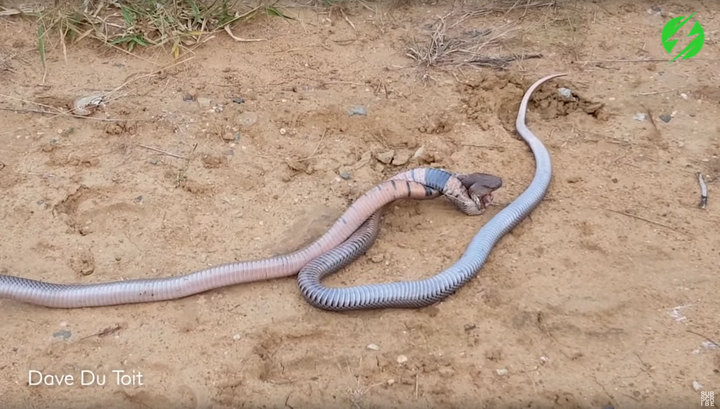 The network received video footage of a fierce battle between two collar cobras. They can see how the reptiles clung to a ball.

However, after none of the snakes could prevail, they changed tactics.

Grabbing each other “by the throat”, the cobra rolled on the ground. Unfortunately, the final of the bout is unclear: at the most interesting place the video ends.

Collar cobra are poisonous snakes about one meter in length, they inhabit the territory of South Africa, in particular, in Zimbabwe, Lesotho, Swaziland and South Africa.