The clouds surrounded the iceberg 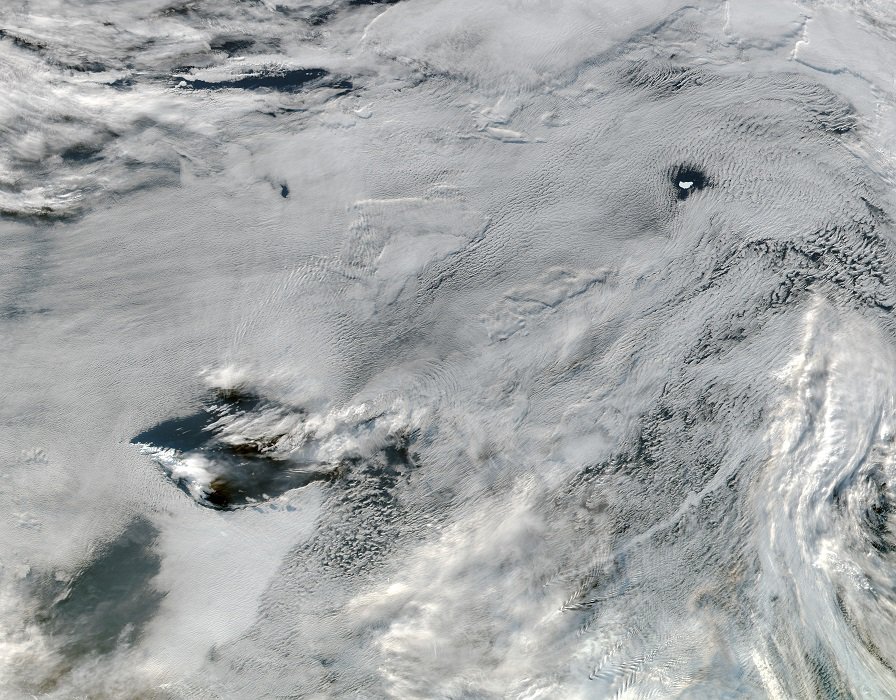 Cloudiness often interferes with obtaining high-quality images from satellites. But sometimes clouds, elegantly framing an object, help to look at familiar places with a new look.

On June 1, the American meteorological satellite Suomi NPP captured an image of the A-56 iceberg drifting in the South Atlantic Ocean. Photos – general view and close-up – are published on the website of the National Aeronautics and Space Administration NASA Earth Observatory. 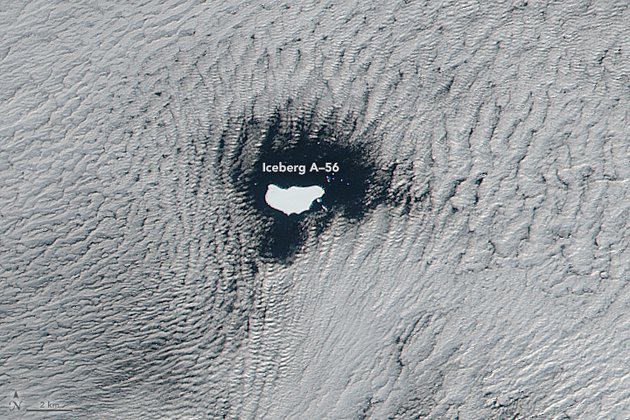 The area of ​​the iceberg is about 338 sq. Km; this is comparable to the territory of the Caribbean state of Grenada and a little more than the whole of Malta. For what reason a “hole” formed over the iceberg is unknown. Usually these blocks of ice move more slowly than clouds. Experts do not exclude that the movement of clouds over the ocean surface could be corrected due to thermal instability: the iceberg simply “dried” the air above it.

The Suomi NPP satellite was launched in 2011 to collect climate data as part of the NASA Earth Observing System program. It is in a sun-synchronous orbit 824 km above the planet’s surface, making 14 orbits per day.