The coast of Antarctica has turned green 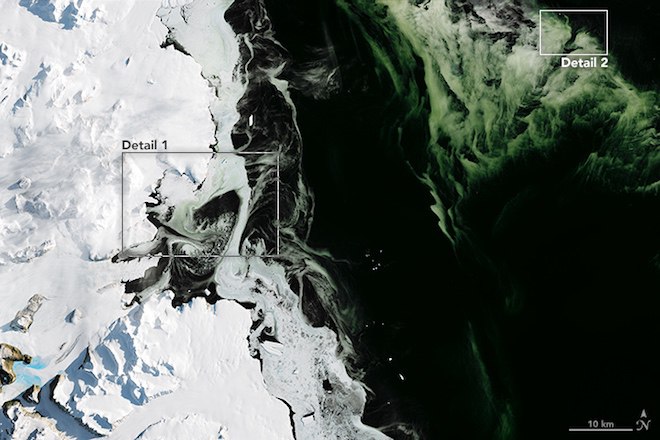 Green ice, found off the coast of Antarctica, is of absolutely natural origin. On March 5, 2017, Landsat-8 satellite made these images of water, sea ice and phytoplankton. Region on the photo – Granite harbor in Antarctica, a bay near the Ross Sea. The first image shows the panorama of the region, and the following pictures show detailed types of green slush.

Jan Lieser, a marine glaciologist from Australia, believes that the green color is due to the presence of phytoplankton on the surface of the water. These microscopic marine plants, which are also called microalgae, usually bloom in the waters around Antarctica during the Australian spring and summer, when the edge of sea ice retreats and enough sunlight. But scientists have noticed that under suitable conditions, phytoplankton can grow in autumn.

Lieser and his colleagues observed late flowering of phytoplankton in 2012 along the coast of Princess Astrid in East Antarctica. Then flowering around the continent was later confirmed by measurements from a research ship. In autumn 2015 and in 2017, phytoplankton appeared in the Gulf of Terra Nova to the south of the Granite Harbor. In early 2017, near the coastline, there was little ice. But coastal winds and sunlight created suitable conditions. 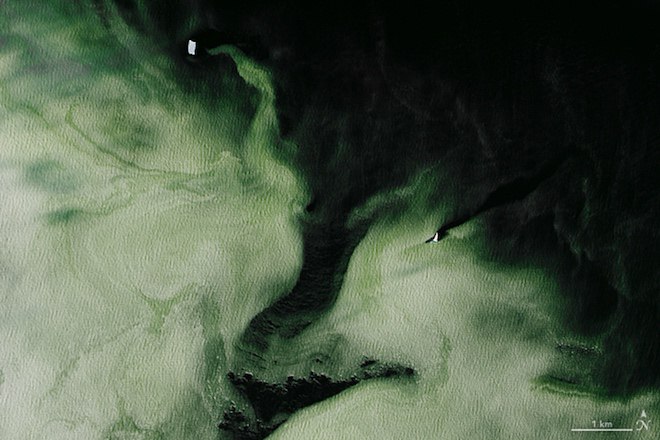 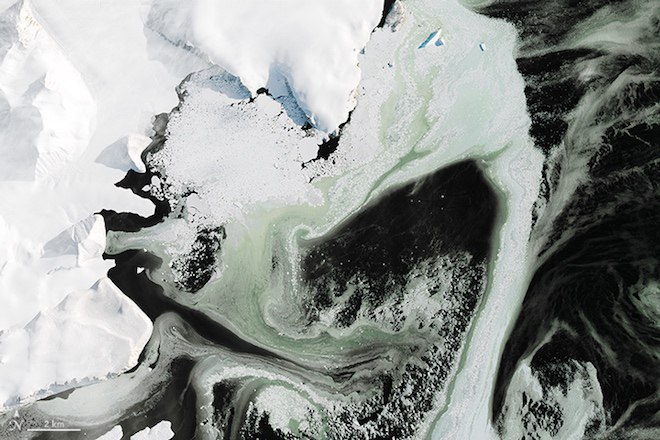