The coastal ice of Greenland may disappear by 2100 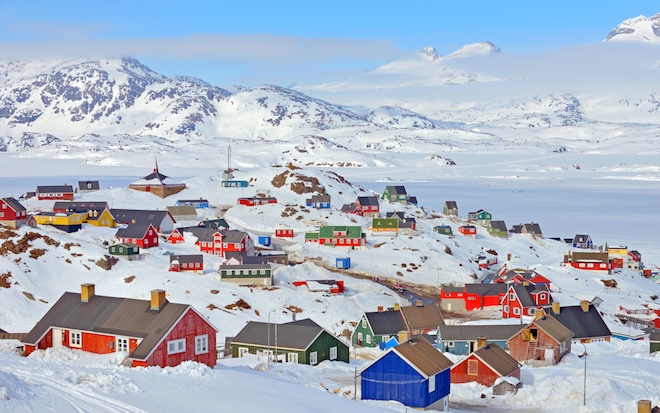 As the new study showed, glaciers and ice caps on the coast of Greenland are unlikely to recover from the melting that they are experiencing now.

Melting on the island overstepped the critical mark 20 years ago. The smallest glaciers and ice caps on the coast are no longer able to re-build the lost ice.

Scientists believe that by the year 2100, the melting of the coastal ice of Greenland will raise the level of the world’s ocean by about 3.8 cm.

The importance of the study is that it shows why vulnerable parts of Greenland ice melt so quickly: a deep layer of snow that usually takes coastal thawed water was completely saturated in 1997. This layer of snow and melt water during this time is densely frozen, so that all the new melted water flows over it and goes to sea.

This is bad news, but not a reason for panic, says Glaciologist from Ohio State University Jan Houet, who took part in the work. The conclusions concern a relatively small amount of ice along the coast, he explained, rather than the Greenland Ice Sheet, which is the second largest ice storage in the world.

“These peripheral glaciers and ice caps can be considered as ice colonies, which are rapidly shrinking. Many of them are likely to disappear in the near future, “says Houet. – You can say that they are doomed. But there is still a huge internal ice sheet, because it is more climatologically isolated than the surrounding glaciers and ice caps. ”

“In addition, since the turning point was reached in the late 1990s, before the warming began, this indicates that these peripheral glaciers are very sensitive and potentially short-lived compared to the rate of response of the ice sheet.”

If all the coastal ice of Greenland melted instantly, the global sea level would have grown by a few centimeters. But if the entire Greenland ice sheet melted away at once, then this figure would be 7.3 m.

Usually melt water drains through the cracks into firn (a layer of old dense snow) to the ice surface, where the lower layer is again frozen. So grow glaciers and ice caps. When 20 years ago firn on the shores of Greenland filled with water, he froze from the bottom to the top. Since then, there have been no cracks to collect melt water, and the ice could not grow.

Houet provided the first two with the Greenland Ice Mapping Project Digital Elevation Model, which provides a 30-meter resolution over the entire surface of Greenland. Then his colleagues were able to use this data to increase the resolution of their numerical model and get a better idea of ​​where and how glacial caps and glaciers lost mass.

They found that over the last 20 years, the weight loss was exactly the same as the amount of melt water flowing into the sea. Simulation showed that the most probable cause is frozen firn.

The Greenland ice sheet is subject to the same danger, but to a much lesser degree than isolated pieces of ice on its edges, scientists say.