The crocodile and his victim 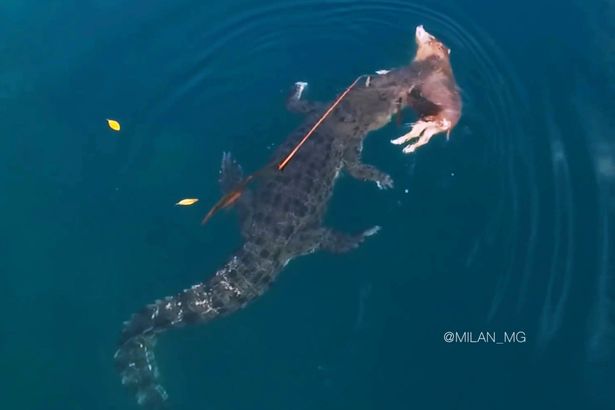 Crocodile at first it seemed dull shadow under the water and then floated to the surface, showing a dead animal in the jaws. The video was filmed off the coast of Baja in Papua New Guinea.

The author of the video said that a wild animal was swimming along the coral. Milan writes: “the Crocodile lives near the small village of Bayeux in the province of East New Britain the past two years. Usually catches animals living in the nearest village, and I was lucky to photograph him this time when he stole a pig, and returned home.”