The deserted Japanese island of Hasima 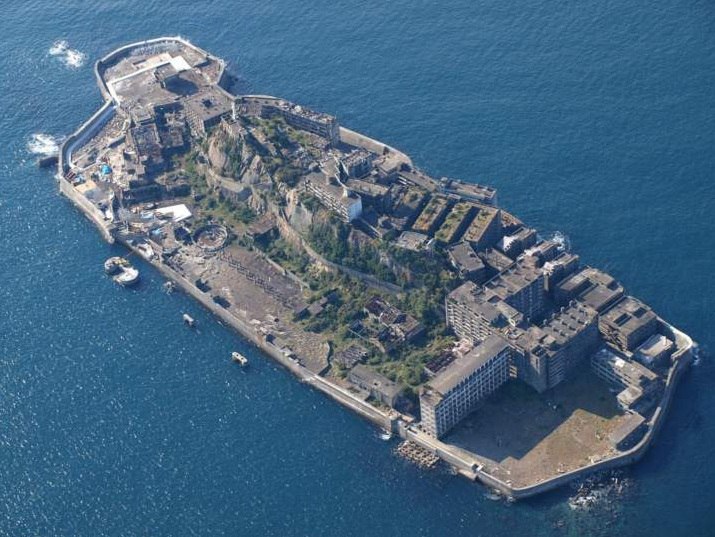 On the shores of Nagasaki, as if frozen in time, the abandoned island of Hasim is located. Surrounded by protective concrete walls, it resembles the Japanese battle ship Tosa, for which the local and gave the island a nickname – “Island cruiser”. 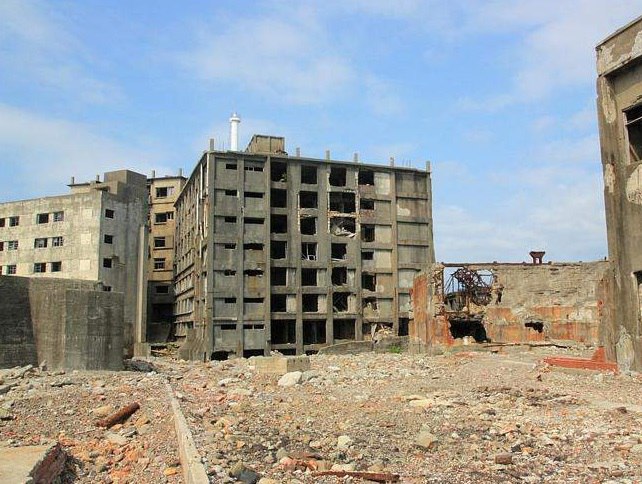 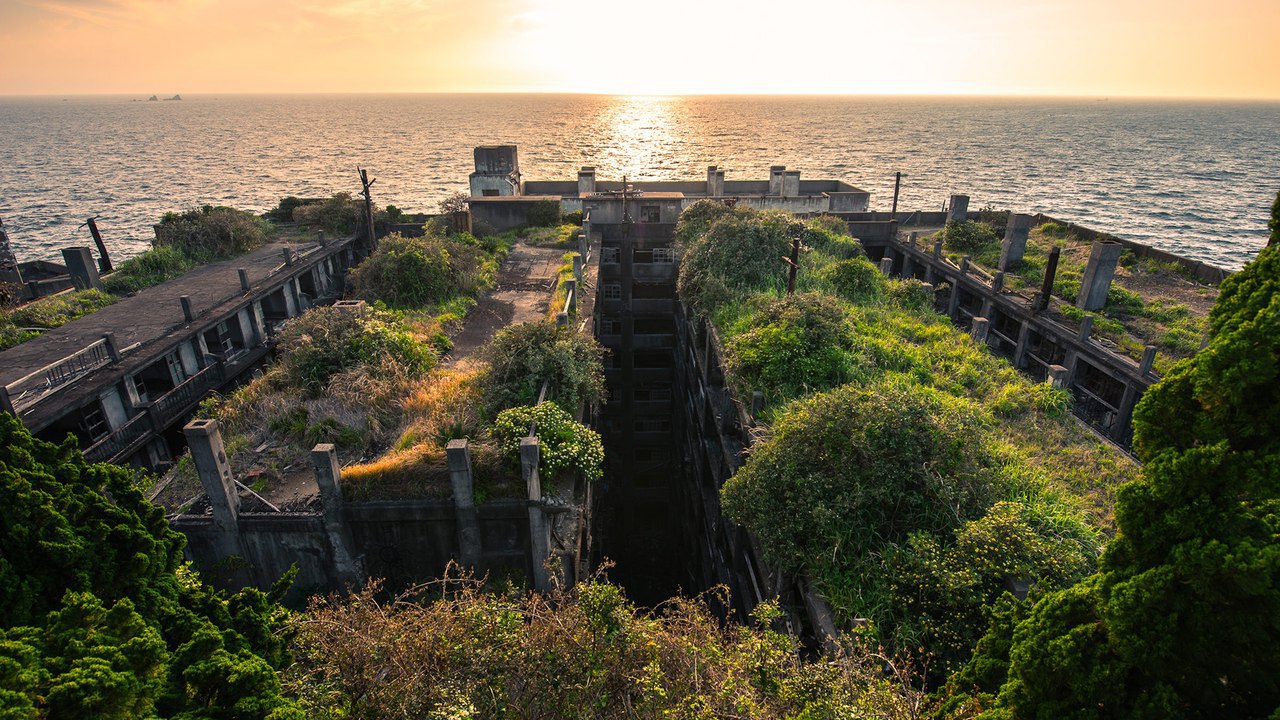 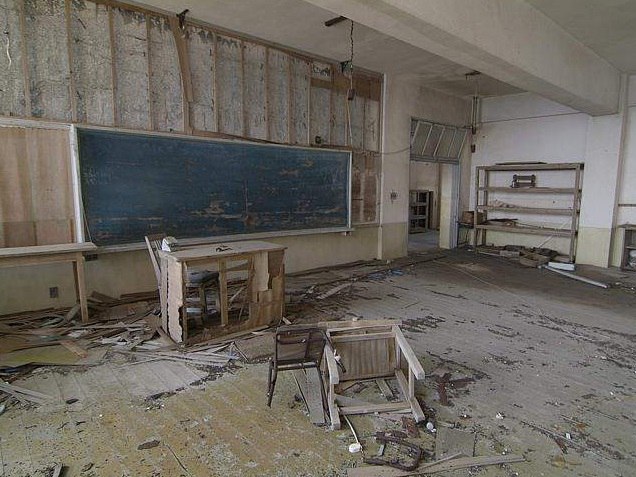 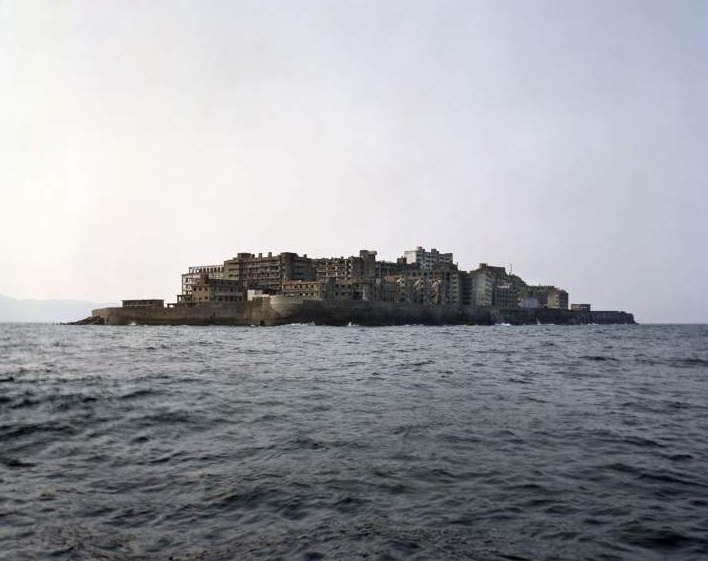 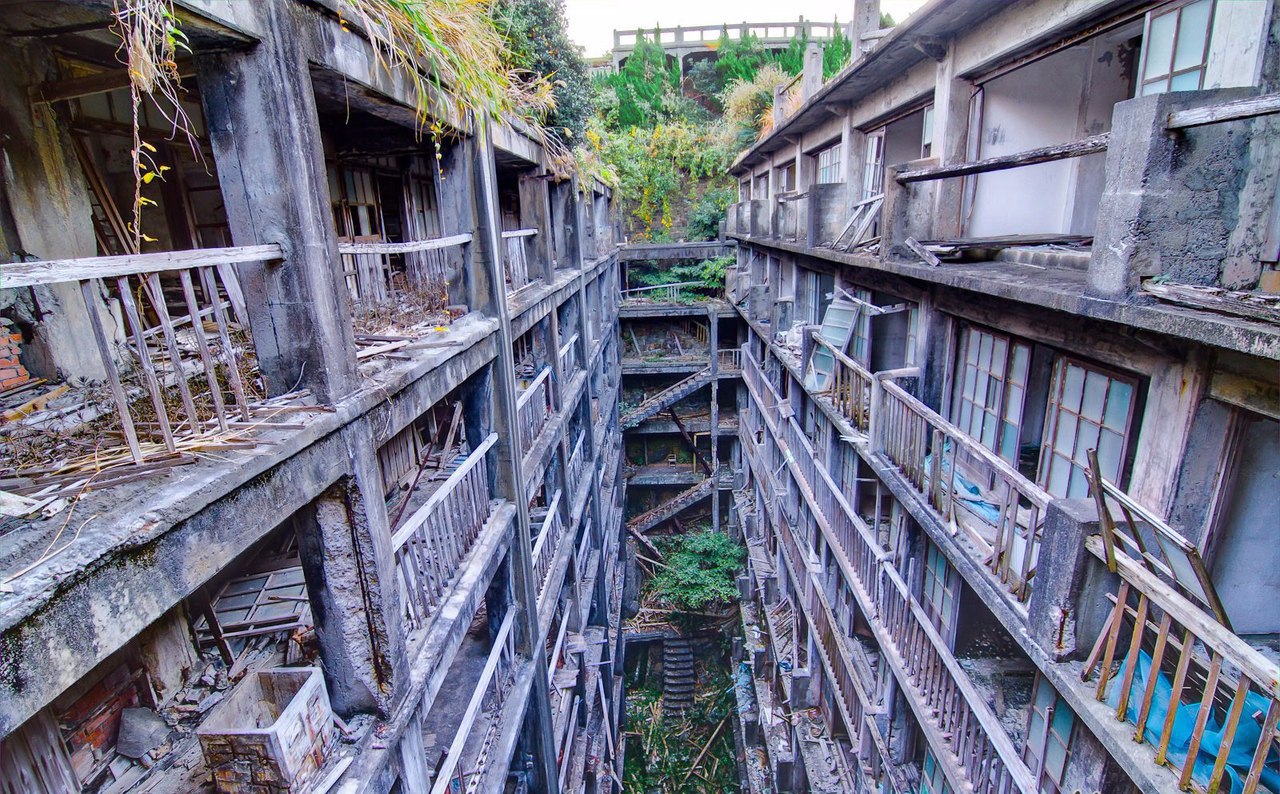 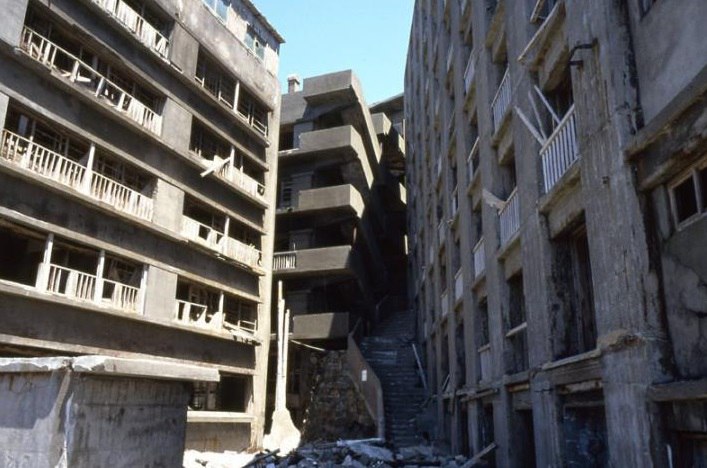 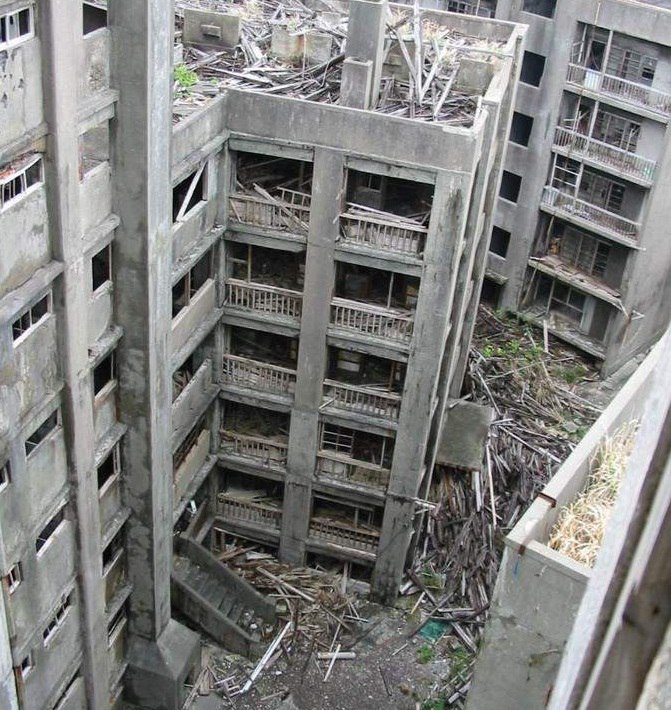 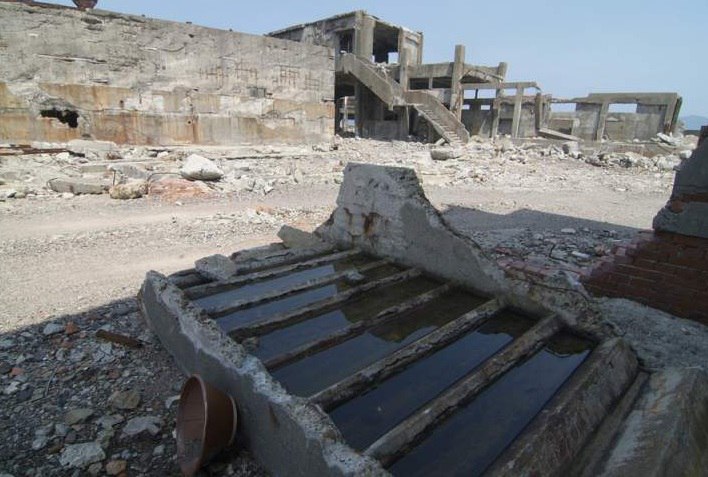 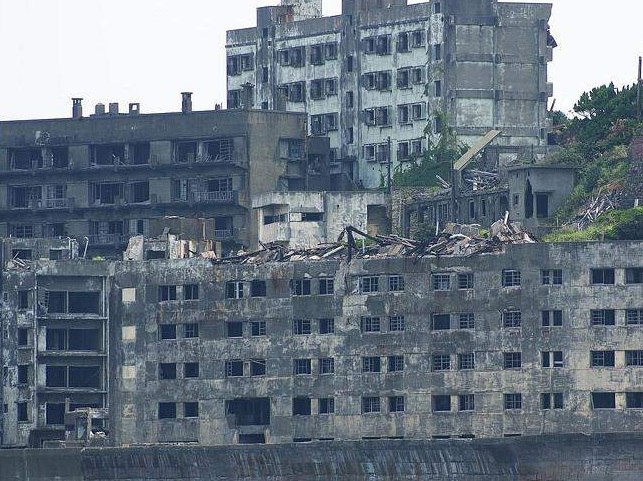 A tiny island was inhabited by thousands of people. Residential houses, schools, hospitals, temples, shops and restaurants – all this was located on a scrap of land 160 by 480 meters. The border island even broke a kind of record, in the 1950s it became the most populous place in the world, the square kilometer accounted for more than 5000 people. In 1974, coal production decreased significantly, and since this was the only income of local residents, in just a couple of months there were no people left.